Ginger, Spice and Everything Nice!

Ginger packs a punch, spicing up our dishes, curing our ills, and even serving as a sacred object in places such as Southeast Asia, Madagascar, and Oceania. But this spice from Southeast Asia is more than just an odd-shaped root. Common ginger, or Zingiber officinale, is the variety most frequently used for culinary purposes;  however, the Zingiberaceae family includes more than 1,600 species—that’s a lot of ginger. If you saw a ginger of any sort, would you recognize it? 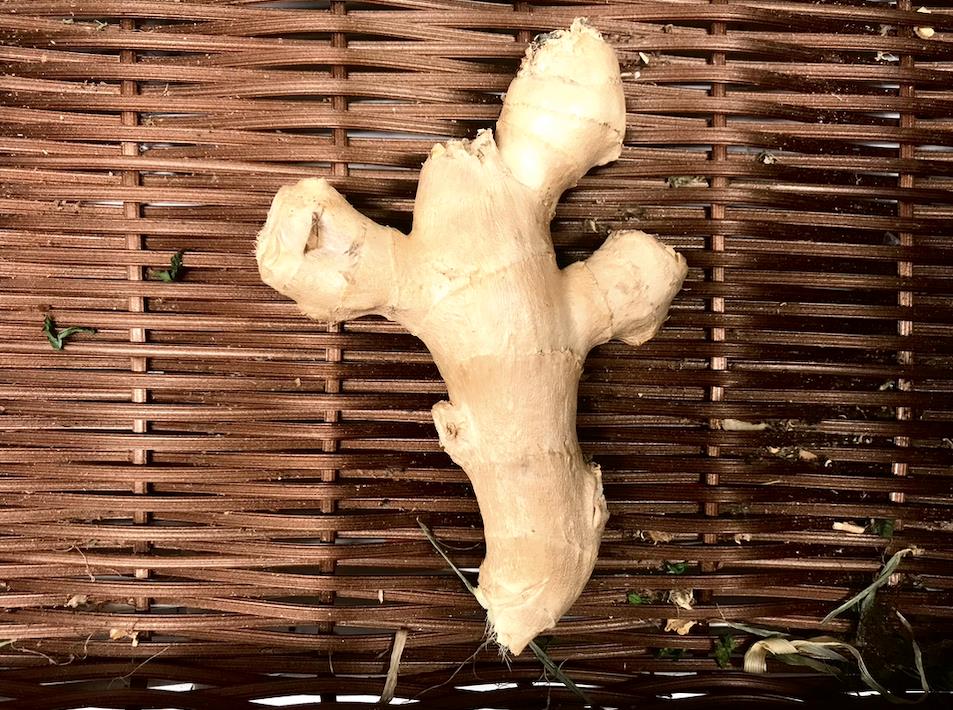 Even the ginger we know best may be unfamiliar—at least when seen above ground. Zingiber officinales sprouts grass-like leaves and pale yellow flowers edged in purple. The portion that grows below ground we’d surely recognize. The edible portion of ginger is its rhizome, an underground stem where the plant stores its food. To obtain dried ginger, the rhizome’s skin is scraped off and dried via the sun or a machine before being ground into a fine powder. Whether fresh or dried, its warm, pungent flavor adds depth to soups, sautés, sweets, teas, and beer.  Have you ever sipped ginger ale to ease an upset stomach? Ginger has been used medicinally for millennia giving relief to upset stomachs, arthritis, inflammation, and various types of other infections.

We don’t feature common ginger in our collection, but we do have other closely related species growing in the Lea Asian Garden.

A cousin of common ginger, the queen lily ginger (Curcuma petiolata) is not sought for its rhizomes but for its looks. Due to its beauty, this native of Thailand and Malaysia has become a common ornamental plant in tropical and subtropical gardens. If you hail from colder climates, this ginger can be grown in a container indoors. In the summer, the plants produce yellow flowers that are tucked within pink and white bracts. Their wide leaves appear almost like an elongated spade. Queen lily ginger is also wild-harvested for local medicinal use in Thailand and Malaysia. 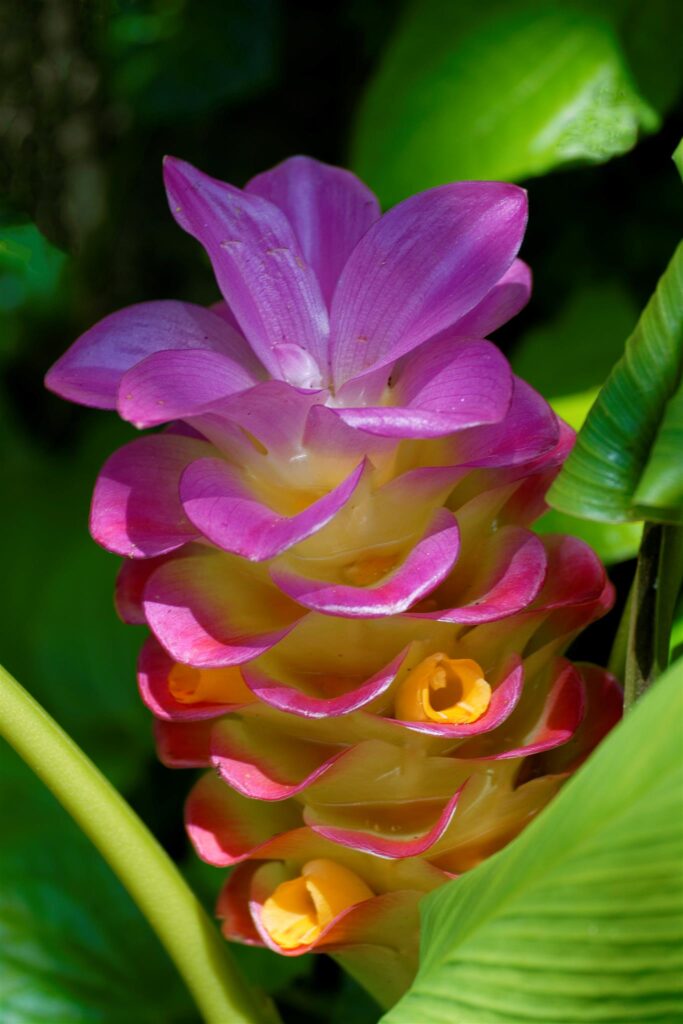 Torch ginger (Etlingera elatior) is a perennial with banana-like leaves and brilliant red, cone-shaped flowers. This ginger can reach 15 to 20 feet in its native environment. In North Sumatra, the flower buds are used in a stewed fish dish called “arsik ikan mas.” In Bali, parts of the torch ginger are used to make two different chili sauces called “sambal bongkot” and “sambal kecicang.” The Karo people of Indonesia call the torch ginger “asam cekala” (asam means sour). Ripe seed pods, packed with small black seeds, are an important ingredient in the Karo version of “sayur asam,” a traditional Indonesian vegetable soup, and are particularly suited for cooking fresh fish. 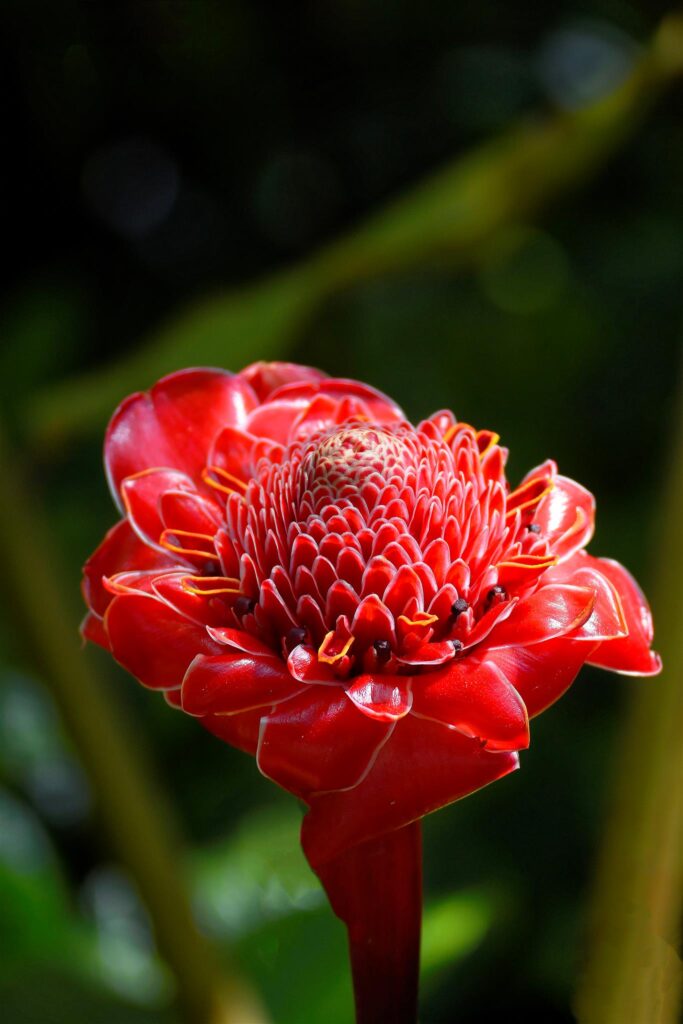 Though not used for cooking, the ginger lily (Hedychium sp.) is cultivated for its exotic foliage and fragrant flower spikes. This ornamental ginger is known as the “garland flower” because it is used for garlands and other decorations. There are about 50 species in the tropical and subtropical areas of India and southwestern China. 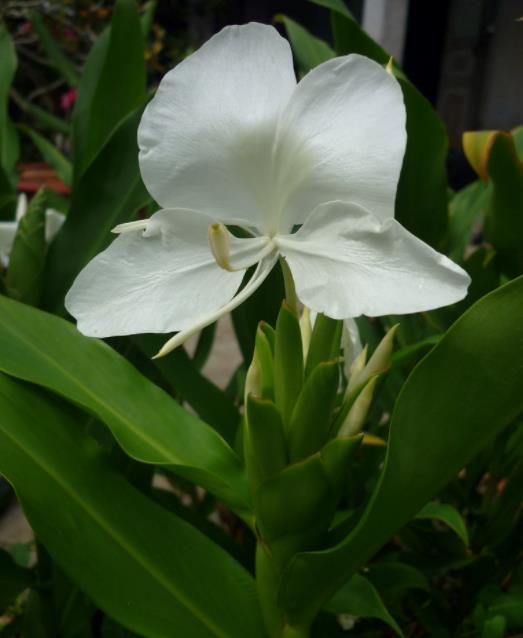 Leafy plants are all around us, but when we think of ginger, we may think more of knobby roots than showy flowers. Next time you are cooking with ginger or tasting it in a drink or dish, take a moment to consider the diversity of this plant family. When you stroll through the Garden, see if you can find the gingers in their above-ground glory! 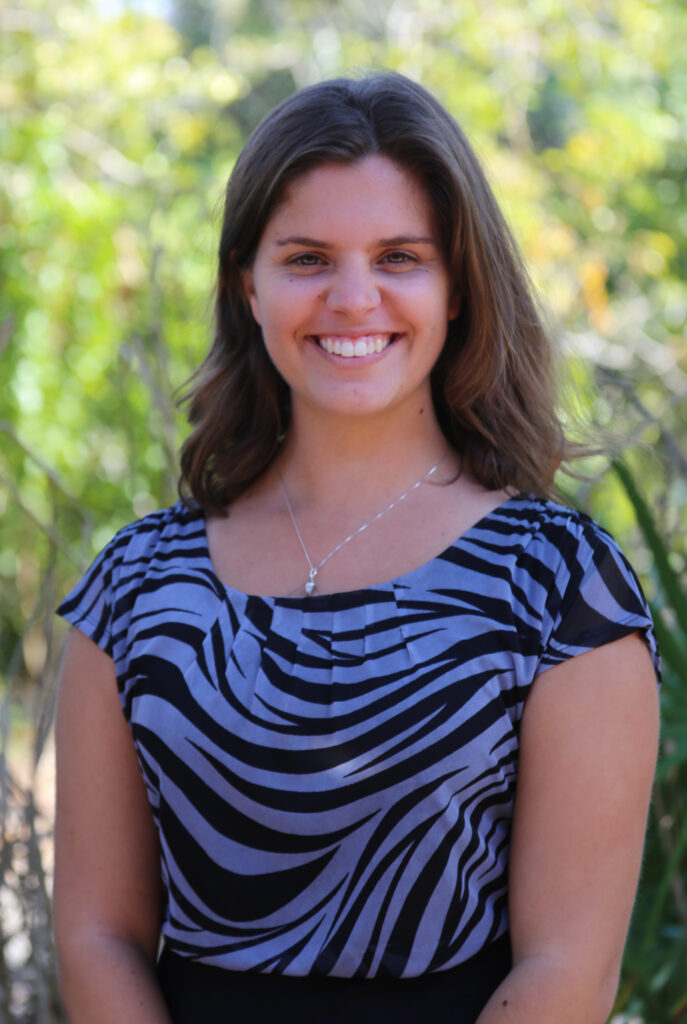 Abigail Swisher is Education Programs Assistant at Naples Botanical Garden. She enjoys and finds inspiration on the various hiking trails throughout the Naples area. Her favorite plants in the Garden are the Victorian waterlilies and the silk floss tree.