Can plants from the wild save our food crops?

It can be hard to imagine, but every fruit or vegetable we buy in the store or grow in our gardens was originally a wild species in nature. At some point, each one was discovered by our ancient ancestors. Then, over millennia, they were domesticated to create the most robust, and, eventually, most profitable crop possible. The benefit to this process is that we generally have reliable, attractive crops. But it comes with a big downside. All the individual plants within each crop are genetically very similar, even identical.

This is a problem because when a disease comes along, it affects the entire crop in the same way. As an example, in the 1970s, the “grassy stunt virus” wiped out $1 billion worth of rice crops in Asia. Because the rice crops were genetically similar, they all reacted in the same way to the disease.

To solve this problem — and others like it — scientists are returning to the wild. They’re seeking species known as crop wild relatives (CWRs), essentially wild cousins of our food crops. These plants are genetically similar to the crops we eat, but they have not been cultivated for our consumption. Instead, they were left alone in nature, facing the elements and evolving different adaptations.
In the case of the Asian rice, a wild crop relative came to the rescue. Scientists looked at thousands of rice relatives and found one (Oryza nivara) that was resistant to the virus. By cross-breeding this wild relative with the cultivated rice, scientists created a resistant variety.

Before we continue, it’s important to note that a hybridized version of a crop is not the same as a genetically modified organism (GMO). Hybridization can happen naturally due to similarities between two species. GMOs, on the other hand, are created by manipulating genes in a laboratory, which often involves inserting genes that are from a completely unrelated species.

Disease resistance is not the only reason scientists are focusing attention on crop wild relatives. CWRs are also being used in the fight against malnutrition and climate change. Take the beloved chickpea. It is grown in over 60 countries and eaten as a staple food in many of these, as it is a good source of protein. The chickpea is already nutritious, but hybridizing it with a wild relative yields higher nutrient and micronutrient levels.

This process is called biofortification.

“Nutrient-rich crops are vital to ending malnutrition and feeding a growing global population under climate change,” Benjamin Kilian, who leads the CWR Project at the Crop Trust, notes in a blog post for that organization. “The biofortification of chickpea through the use of wild species offers the potential to create a staple food crop that improves diets and prevents disease for millions of people, particularly in the developing world.”

CWRs may also help some crops adjust to a changing climate. As temperatures, rainfall, and other conditions change, genetically similar crops are unable to adapt. For example, if a region becomes too hot for a crop’s liking, typically the crop would simply not survive. However, if a relative of the crop can be found that prefers warmer temperatures, it can be cross-bred to create a heat-loving, still delicious and nutritious version of the plant.

Here at Naples Botanical Garden, we have a collection of 444 swamp bay (Persea palustrus) trees. Guess which crop is a relative to this species? The beloved avocado, whose scientific name is Persea americana. They are in the same genus and, therefore, closely related. As kin, they are both susceptible to a disease that’s devastating forests in the Southeast, but combined, they may harbor the key to ward it off.

In 2002, a disease called laurel wilt (Raffelea lauricola) was detected in the United States. It is a fungal disease passed by the redbay ambrosia beetle (Xyleborus glabratus). It affects all plants in the genus Persea as well as other plants in the Lauraceae family. We’re among the many organizations researching ways to preserve Lauraceae trees. We grew the 444 swamp bays from seed collected in various areas in South Florida. Our staff, along with other area land managers and volunteers, selected seeds from trees that did not show signs of being affected by laurel wilt. Growing them in our nursery allows us to safeguard them and collect and share their seeds for research. Scientists, in turn, are trying to determine if any of the individuals grown from the wild-collected seed have resistance to the disease.

Laurel wilt has already harmed huge numbers of avocado trees in Florida, and it may not be long before it reaches California and Mexico, where much larger quantities of avocados are produced. Swamp bay specimens that prove resistant to the fungus may just be the wild cousin the avocado never knew it needed.

The Conservation Team also conducted a field survey in the spring of the Beautiful pawpaw (Deeringothamnus pulchellus). It is a federally endangered plant that is endemic to Florida. It is also a crop wild relative, a member of the Annonaceae family, which contains many fruit crop species, including soursop and custard apple.

Crop wild relatives are everywhere, and they hold the genetic keys that can help humanity survive in a changing world. Interested in learning more about them? Check out The Crop Wild Relatives Project and the Crop Trust to dig into all that these amazing, lesser-known but exceptionally important, plants have to offer. 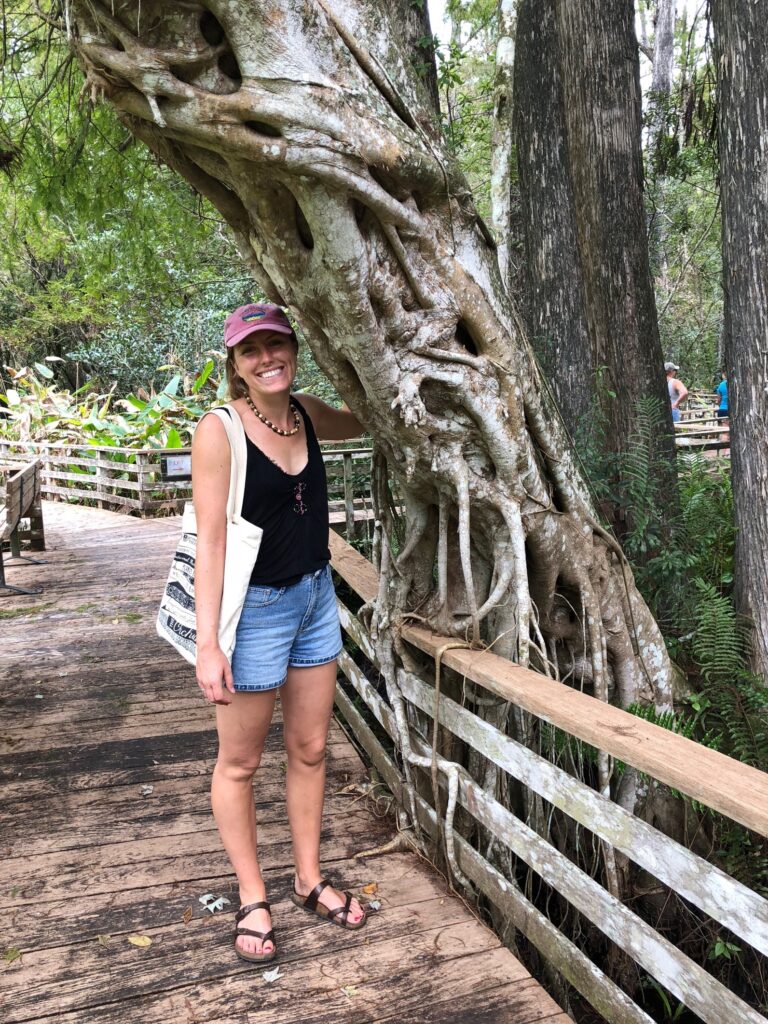