Fogg Café will be open 9am – 2pm this Saturday, January 22 and Sunday, January 23.
Toggle Sidebar Menu
Read our latest reviews on TripAdvisor

Naples Botanical Garden is a 170-acre, world-class garden paradise that features plants from around the world. We are also the youngest garden in history to receive the American Public Gardens Association’s prestigious Award for Garden Excellence.

From our commitment to our local communities, to our award-winning horticultural design and our comprehensive approach to sustainability, Naples Botanical Garden is truly a special place. None of this would be possible without generous support. We believe we have the most committed and impressive group of members, donors and volunteers. They have been instrumental to our success so far, and we know they will help us achieve our bold vision for the future.

A Brief History of the Garden

The Garden was founded in 1993 by a visionary group of local plant enthusiasts. The organization incorporated with the IRS with 501 C (3) status in 1994. In 2000, the late Harvey Kapnick, Jr. donated $5 million for the purchase of 170 acres of open space 3 miles from downtown Naples. In 2006, the team of Ellin Goetz, Ted Flato, Raymond Jungles, Herb Schaal, Bob Truskowski and Made Wijaya, dubbed the “Dream Team” by the Miami Herald, completed the master plan for Naples Botanical Garden. Construction on the first phase began in 2008 with the digging of Deep Lake and Lake Tupke and the sculpting of the site with 250,000 yards of fill produced by lake excavation. In November of 2009 the Garden opened the Smith Children’s Garden, Kapnick Brazilian Garden, Kapnick Caribbean Garden and the Smith River of Grass. In January 2010, The Florida Gulf Coast University Harvey Kapnick Research and Education Center, a shared use facility, opened. Later in 2010 the Garden opened the Scott Florida Garden, Buehler Enabling Garden, Garden Club of Naples Idea Garden, Lea Asian Garden and the Water Garden. In October of 2014 the master plan implementation was completed with the opening the Chabraja Visitor Center including Kathryn’s Garden, Irma’s Garden, LaGrippe Orchid Garden, Kapnick Hall, Berger Shop in the Garden and the Fogg Café. A redesign of the Scott Florida Garden was completed in December 2016. Today the Garden welcomes over 220,000 visitors per year to experience themed gardens that represent the culture and flora of the tropics. 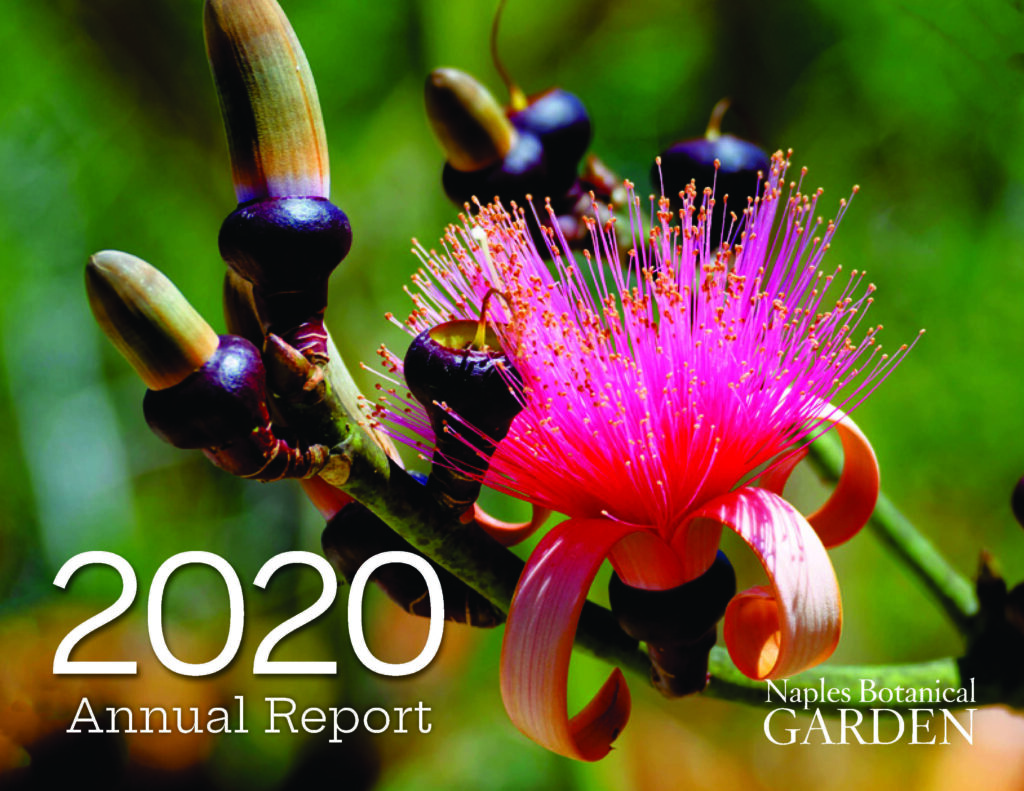