Get Growing! A Vegetable You Can Plant This Winter

The dogs have perfect char marks from the grill, the buns are cut and toasted, and you’re ready to squeeze a squiggle of bright yellow drizzle on your meal. But that bottle of mustard is more than a condiment. It is the common name of a handful of plants that have traveled around the world to be used to make salads, oils, and yes, a zesty sauce to season hot dogs. It also happens to be a vegetable we are growing in the Garden this winter in the Lea Asian Garden. Now, let’s dig deeper and learn a little bit more about mustard in the first of our Get Growing! series.

The history of mustard cultivation dates back over 4,000 years to the Harappan civilization in the Indus Valley. The plant may have been domesticated even earlier, according to references found in ancient Sumerian and Sanskrit writings. Mustard is even referenced in the Bible — well, a mustard seed is. With such a long history, it isn’t surprising that civilizations throughout Europe and Asia incorporated it into their culinary dishes.

There are four popular species of mustards grown around the world today. Sinapis alba, or white mustard, is native to the Mediterranean. Brassica nigra, or black mustard, and Brassica rapa subspecies oleifera, known as field mustard, also hail from the Mediterranean and are native to North Africa, India, and other parts of Asia as well. Brassica juncea, or brown mustard, is originally from further east, near the Himalayas. It wasn’t long before these mustards spread from their native ranges to the rest of Europe, Africa, and Asia, eventually making their way to the Americas.

As is the case with many domesticated plants, there are different cultivars, or varieties cultivated for certain qualities, of these different species. Cultivars are essentially man–made varieties within a species, sort of like those fancy designer goldendoodle dogs.

With so many cultivar choices, you might be wondering how the Garden goes about deciding what to grow. Matt Herrman, the Garden’s Aquatic Areas Technician, is among the Horticulture staff members who harvest Garden produce for Fogg Café.

“We look for cultivars that are well adapted to our conditions that are easy for us to grow,” Matt says. “There are two that I really like. Florida broadleaf mustard, which is an heirloom variety, is obviously well suited to our growing conditions. Another one is called mizuna, an Asian variety that also grows very well for us.” He added that mustard does well here because the climate of their native regions is similar to ours. 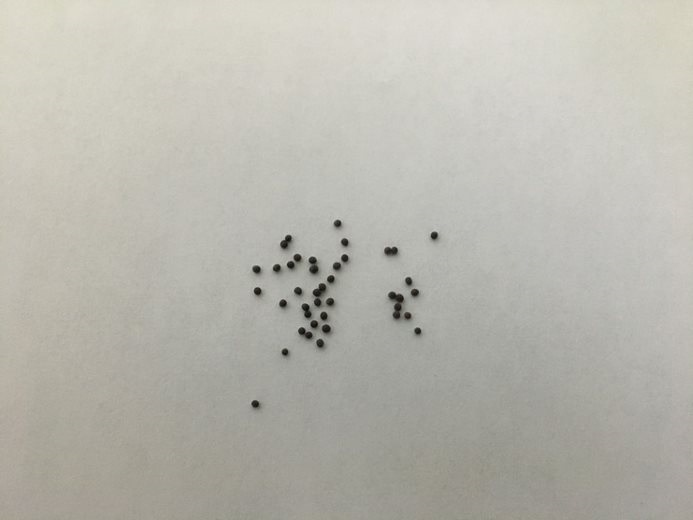 There are myriad species of mustard. Both white and black mustard are mainly grown for their seeds, which, along with brown mustard seeds, are then used to make the condiment you find in your refrigerator. White mustard, with turmeric and vinegar added, makes the simplest version of yellow mustard while Dijon mustard is made with white wine and brown mustard seeds. The seeds of the Brassica species — black, brown, and field mustard — can also be used to make canola oil. The greens of all species, including white mustard, are edible, but brown mustard is the species typically grown for the greens that grace popular southern cuisines. These leaves are used similarly to spinach, eaten raw in a salad or steamed, sautéed, or simmered. Here is a simple way to sauté mustard greens.

Place a large sauté pan on stove, set heat to medium, and add olive oil. When the oil is hot, add the garlic and sauté for about two minutes until it is fragrant. Next, add the mustard greens and sauté while tossing them to wilt the greens. When they are wilted, add the vegetable broth, and stir. Increase the heat to a simmer before lowering it. Cook for about five minutes, season them with salt and pepper to taste, and then serve warm.