Talk about a fall cleaning

A couple of months ago, gardeners Lauren Hardy and Matt Herrman took stock of the Lea Asian Garden and decided it was time for a purge. Together with their colleagues in the Horticulture Department, they weeded, slashed, repaired, replaced, and reconceived the look of the agricultural portion of the garden, a section that’s designed to represent a typical Southeast Asian village. 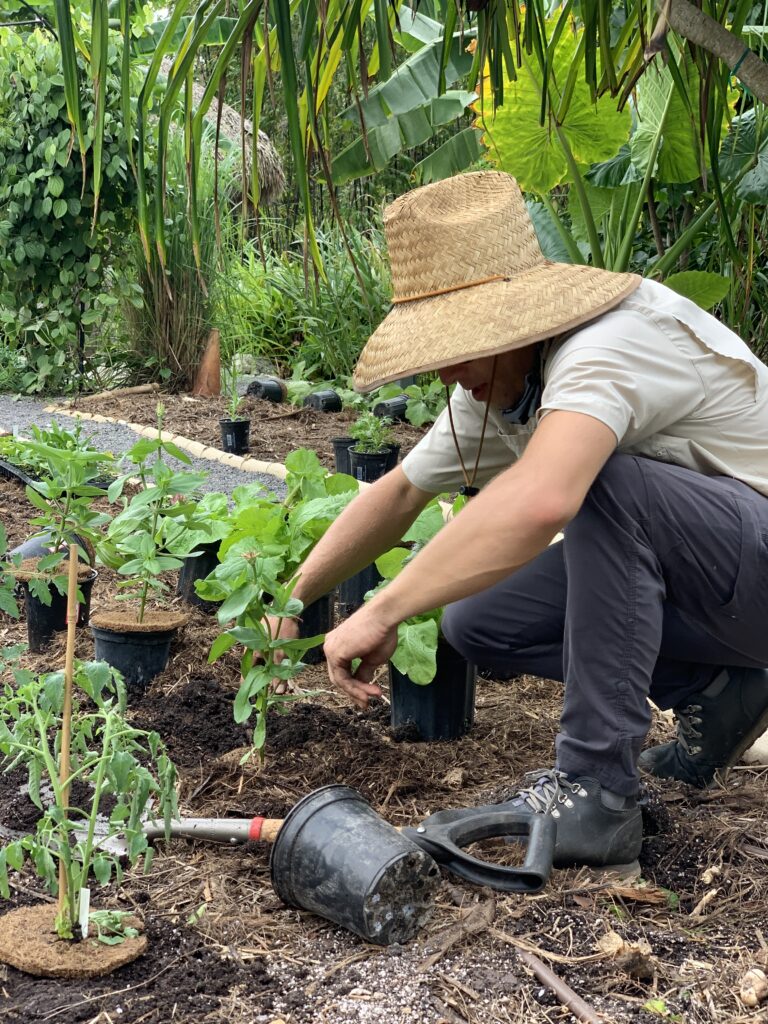 “We had an out-of-control ginger called galangal. The nursery pots did not contain it. It busted out of the pots and ran rampant through this whole area,” says Lauren, gesturing to a swath of the garden. Goodbye, galangal (well, not entirely; it’ll be transplanted to culturally authentic pots). Goodbye, sprawling gac melon. Goodbye, anything past its prime.

The pair hit the books and the web browsers to learn more about traditional Southeast Asian agricultural practices and crops. Simplicity was key, they agreed, as farmers in that region tend to be poor and rely on natural resources. With help from the Operations Team, they outlined the plots with fresh stalks of bamboo. On an adjacent slope, they added lines of rocks, hinting at the terraces so common in that region. They decided to add more potted plants because of their prominence in Southeast Asia.

The Asian Garden originally was designed by the late Made Wijaya, an Australian born Michael White who moved to Bali, became enamored with its culture, and immersed himself wholly in its society.

“I think we’ve really tried to preserve Made’s vision,” Matt says. “I think it’s cool that his original vision for the Asian Garden included this focus on agriculture because it is so intertwined in the culture and the landscape of Southeast Asia.”

Within the last few weeks, Matt and Lauren have planted vegetables that their colleague, Erica Klopf, started in the nursery. They include Asian varieties of carrots, cabbage, radishes, beets, and bok choy. The greens come in different hues, such as purple and red, to add visual interest. 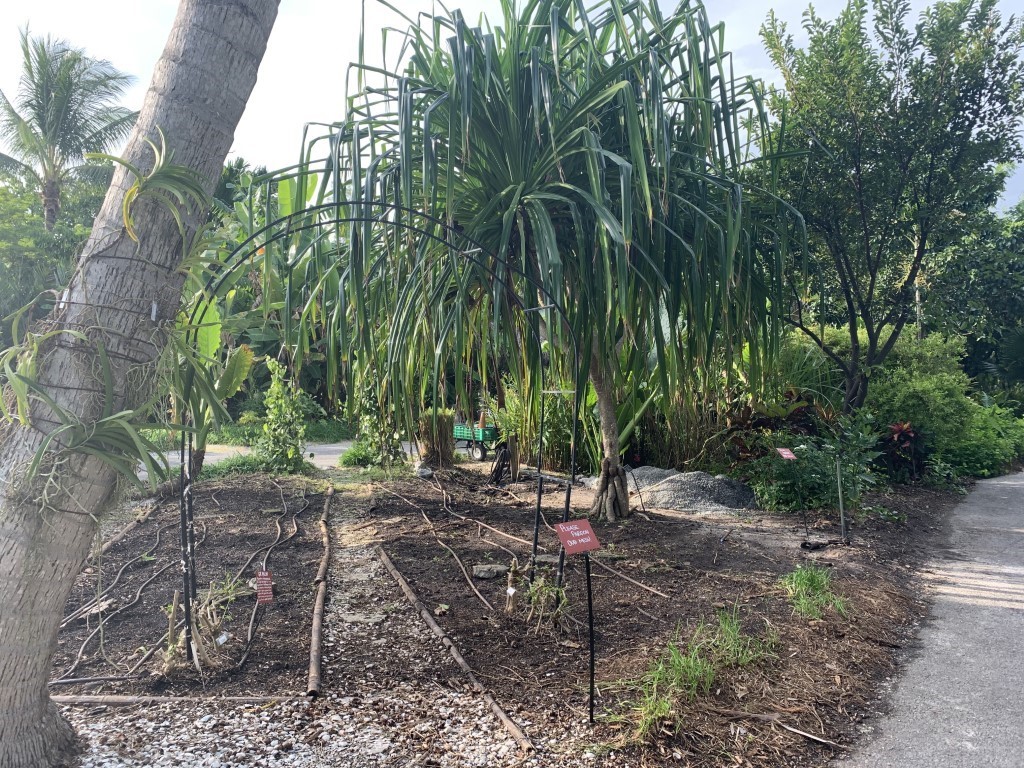 “We really want it to look inviting and appealing, something people would want to have at their houses,” Lauren says. She and Matt also consulted the Garden’s chef, Jack Raben, in selecting the vegetable varieties. He uses Garden-grown produce whenever possible in Fogg Café.

Still to come: A pair of plants that are sure to spark conversation: edible loofah and lotus. Those spongy spa products are used in Asian cuisine when they are green and young. They look like—and can be used like—zucchini. The lotus will be planted in a pool by the veggie beds and grown for their tubers. Tubers are the thick, underground or, in this case, underwater portion of the stem. (Think potatoes.)

Guests will notice plenty of space between the beds. Walk between them, Lauren and Matt urge. In redoing the beds, they wanted to create a more interactive experience so that visitors can better engage with the plants and maybe glean inspiration for their home gardens.

“We really wanted it to be inviting for people,” Lauren says.