Tasty Tubers – From Root to Leaf

Sweet potatoes. Or yams? What did the recipe call for again? Aren’t they the same?

These may be questions you’ve asked yourself before, and you are not alone in your confusion. In North America, sweet potatoes (Ipomoea batatas) are sometimes called yams. But that’s a bit of a misnomer. There are two types of sweet potatoes, firm and soft. As you may guess, the firm ones remain firm after cooking; the soft do not. The first such crops grown in the United States were the firm varieties—true sweet potatoes. Once the soft types entered the market, the term “yam” was adopted in order to differentiate the two.

Yams (Dioscorea sp.) are also a root vegetable, though instead of being a root tuber like sweet potatoes, they are a stem tuber. A tuber is a modified root or stem found underground that stores extra sugars produced during photosynthesis. These yams are usually larger, have a rough, bark-like skin, and are not sweet. Yams also hail from different parts of the world than sweet potatoes. Sweet potatoes are native to Central and South America, while yams are from Africa and Asia.

Sweet potatoes are remarkably versatile, featured in sweet and savory dishes. You can even use the greens much as you would spinach. Chef Jack Raben from the Garden’s Fogg Café has a recipe you can try at home using sweet potatoes to make a delicious spiced yogurt topped with a sweet potato salad. Also, take a look at Chef Jack’s sweet potato gnocchi recipe on our blog.

In a medium pan at medium-high temperature, heat sugar, vinegar, salt, and bay leaf until sugar dissolves. Pour over onions, and let cool to room temperature.

Place 2 cups of plain Greek yogurt into a bowl. Add extra-virgin olive oil, lemon juice, and pinch of salt, according to taste. Then make the Dukkah, a Middle Eastern condiment made from nuts, herbs, and spices.

In a sauté pan on your stovetop, toast nuts until fragrant. Add coriander seeds, sesame seeds, cracked pepper, and continue to toast until fragrant again. Cool and transfer to a food processor. Add cilantro and salt. Process until spice mix is evenly ground. Stir into yogurt, reserving some to garnish the salad.

Spoon about ½ cup yogurt into a bowl. Top with sweet potato mixture. Sprinkle a little of the reserved Dukkah on top. 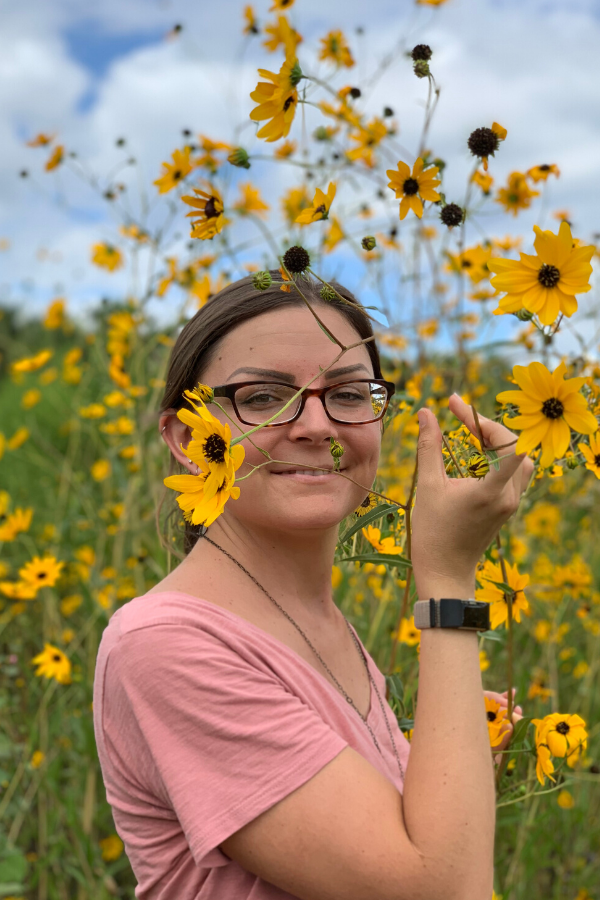 Kaitlyn Dillard is the Education Programs Manager at Naples Botanical Garden. She is responsible for planning and facilitating educational programs for learners of all ages and abilities, and is an avid learner, as well: She’s currently pursuing a master’s degree in environmental nutrition from the University of Memphis.