At the Naples Orchid Society Show & Sale in the Garden this weekend, visitors will see thousands of showy blooms in spectacular colors and inspiring arrangements. We love experiencing orchids in such artistic fashion, but today we want to take you deep into Florida’s swamplands and explore two native, imperiled orchids and the steps that organizations, including Naples Botanical Garden, are taking to ensure their protection and long-term survivability.

The most famous of the state’s native orchids is the ghost orchid. In January, The Institute for Regional Conservation, the Center for Biological Diversity, and the National Parks Conservation Association filed a federal petition asking to protect the ghost orchid under the Endangered Species Act. The state has already declared the orchid endangered, but a federal designation would add increased protections and create stronger penalties in the case of poaching, a significant problem.

According to the Petition Aims to Protect Famed Ghost Orchids Under Endangered Species Act, there are a mere 603 – 644 reproductively mature ghost orchids left in the wild in the United States, mostly in Collier County, in places such as Fakahatchee Strand Preserve State Park, Audubon Corkscrew Swamp Sanctuary, the Florida Panther National Wildlife Refuge, and Big Cypress National Preserve, according to NatureServe, an environmental organization focused on collecting biodiversity data. There are fewer than 150 reproductively mature plants in Cuba, cited by The Institute for Regional Conservation, Center for Biological Diversity, and National Parks Conservation Association.

The ghost orchid is known for its long white petals that appear to float, hence its common name. Its hard-to-see green roots cling to the trunks of pop ash (Fraxinus caroliniana) and pond apple (Annona glabra) trees in sloughs and hardwood hammocks. It has distinctive white marks on its roots called ‘pneumatodes’ that aid respiration and photosynthesis.

It takes a ghost orchid some 15 years to reach reproductive maturity. Once it does, it may not flower every year. When blooms do emerge, they generally appear in June through August and last one to two weeks. To survive, this orchid requires high humidity and mycorrhizal fungi that provide nutrients for its roots in exchange for sugar. Even its seeds cannot germinate without this fungus. The ghost orchid also emits a strong night fragrance and is dependent on nocturnal moth species for pollination. The orchid’s sporadic reproduction, specific environmental needs, and the threats to its habitats — including climate change, hydrology alterations, and natural disasters such as hurricanes — add to the reasons why environmental groups are seeking federal protection.

During summer visits to the Garden, you occasionally will see a ghost orchid in bloom on special display in the LaGrippe Orchid Garden, or on the pond apple trees along the Sönne Family Ghost Orchid Boardwalk.

The Garden got its start with ghost orchids through the University of Florida, whose researchers had acquired seeds at the Florida Panther National Wildlife Refuge, grew new plants, and offered some to the Garden.

“The plants did very well, established quickly, and most of the larger plants bloomed reliable each summer,” Nick Ewy, Director of Collections, states. Over time, some were lost or damaged due to animal activity, storms, and canopy loss. But a number of those original ones persist, and we’ve acquired additional orchids from other sources since.

On view now in the LaGrippe Orchid Garden is the Jamaican ghost orchid (Dendrophylax funalis). Similar to its cousin, Dendrophylax lindenii, this orchid is fragrant at night with the scent of jasmine and fresh apples. This orchid features lime-green petals. It’s easier to grow and smaller than the Florida ghost orchid.

Collier County is one of the only places in the nation where you can find the Habenaria distans or false water spider orchid. But you’d have to look pretty hard and be pretty botanically savvy to find them.

One known location is deep within the hardwood hammocks at Fakahatchee Strand. The forest’s unique conditions — such as an extended wet period that prevents both frost and fire — makes it an ideal habitat for tropical orchids such as this one.  Another known location is at the Florida Panther National Wildlife Refuge, according to Mark Danaher, biologist at the U.S. Fish and Wildlife Service.

Outside the U.S., this orchid is found in Central America, northern South America, and the West Indies. Habenaria distans is considered globally secure in Central and South America but in Florida is classified as an endangered plant by the Florida Department of Agriculture and Consumer Services.

Mike comments, “We have been noting the number of plants at each location, total numbers of plants that produce an inflorescence (flower spike), number of flowers produced on each spike, and percentage of successful pollination/seed pods.”

That information helps guide conservation efforts. During visits to check on the orchid populations, these experts watch for seed development. If the plants have produced an adequate amount, they’ll collect with the Florida Department of Agriculture and Consumer Services (FDACS) permit, a small number — 10% or less — for conservation. If they can grow enough of this seed, eventually they’d like to repopulate the orchid in its native habit. These plant experts hold the necessary state permits to collect seeds, an activity that otherwise is illegal.

These seed-saving efforts are crucial to the species’ survival, Nick says.

“If the Habenaria distans population is reduced to one location and in one area, the plant is at risk of disappearing. In addition to returning seeds to their native habitat, planting them at other conservation sites can help preserve the species.”

Nick says he hopes to collect enough seed to put some in long-term storage and attempt to grow new plants from the rest. This will take time; so far, the orchids haven’t yielded enough seed to collect.

“The ultimate goal would be to have an ex-situ population at the Garden and (possibly) reintroduce them to these areas where they were, including Highlands Hammock State Park and Collier-Seminole State Park,” Nick says. 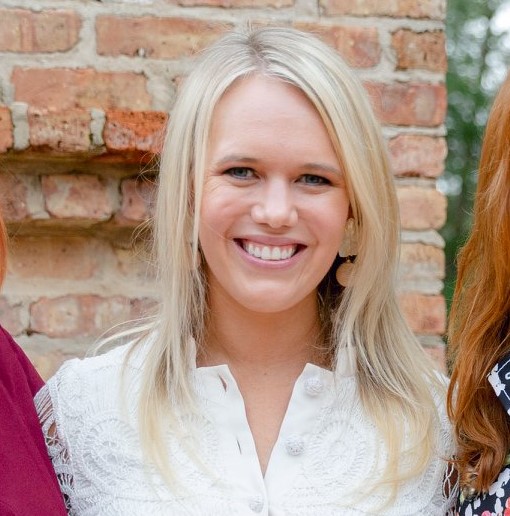 Darby Kordonowy is the Content Coordinator for Naples Botanical Garden. Darby loves learning! Her favorite plants are the jade vine (Strongylodon macrobotrys) and the Camellia japonica ‘Pink Perfection.’ She is an amateur bird watcher!