For the past few weeks, birding enthusiasts from across the Western Hemisphere have grabbed binoculars and field journals, assembled into teams, and fanned out to survey our feathered friends.

The National Audubon Society’s Christmas Bird Count, the historic citizen-science initiative, wrapped up its 120th annual audit on January 5. It’ll be some time before all the numbers are submitted and analyzed, but we at the Garden got pretty excited when we saw the result of our count, completed in late December.

Birders here saw or heard 62 species — the highest number ever recorded for the Garden’s Christmas count (more than 1,400 individual birds were tallied). Now, part of that may be attributable to the ever-growing proficiency of the birders, says Ed Kemnitzer, the birding leader, citing one participant who can identify species based on a single chirp. (Ed offers a first-hand account of the Christmas count below.) And part of that may be due to the many variables that affect bird populations — anything from water levels to migratory routes.

But we’re cheering the count as proof that restoration has made a difference for wildlife.

Photos: Birding in the Garden 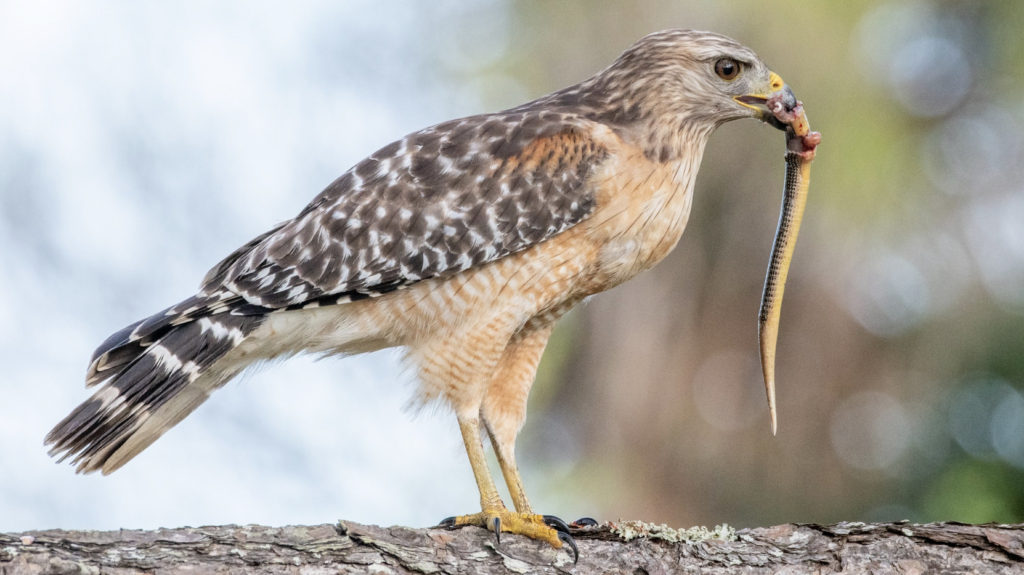 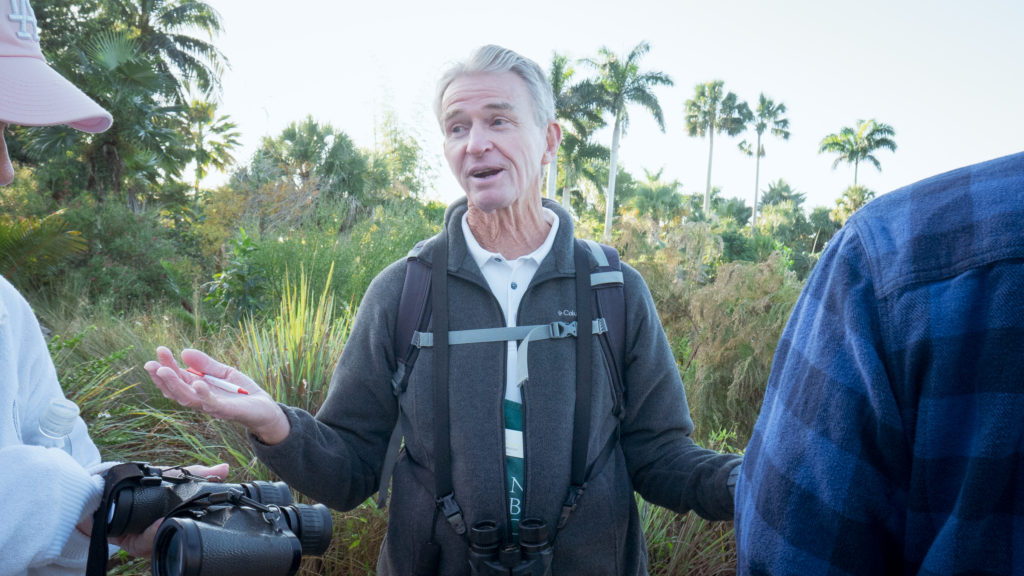 Ed Kemnitzer leads Birding in the Garden, Sundays and Tuesdays at 8am. 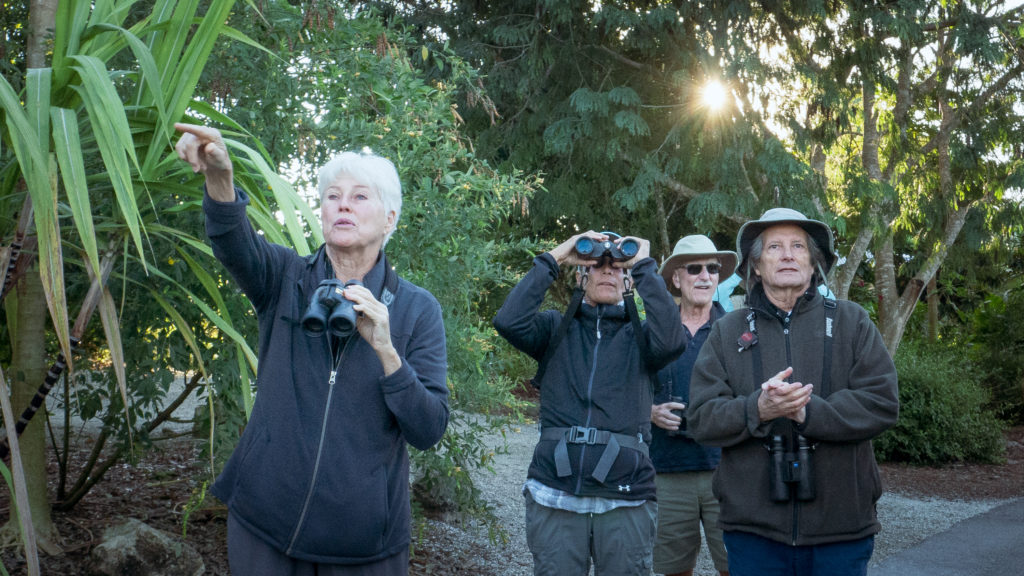 Visitors use binoculars to search for birds in the Garden. 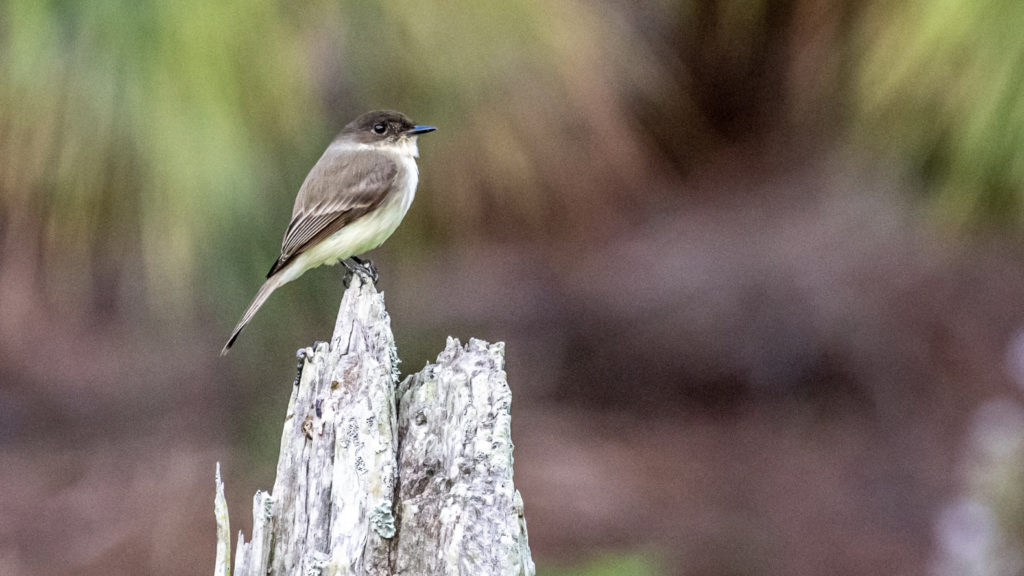 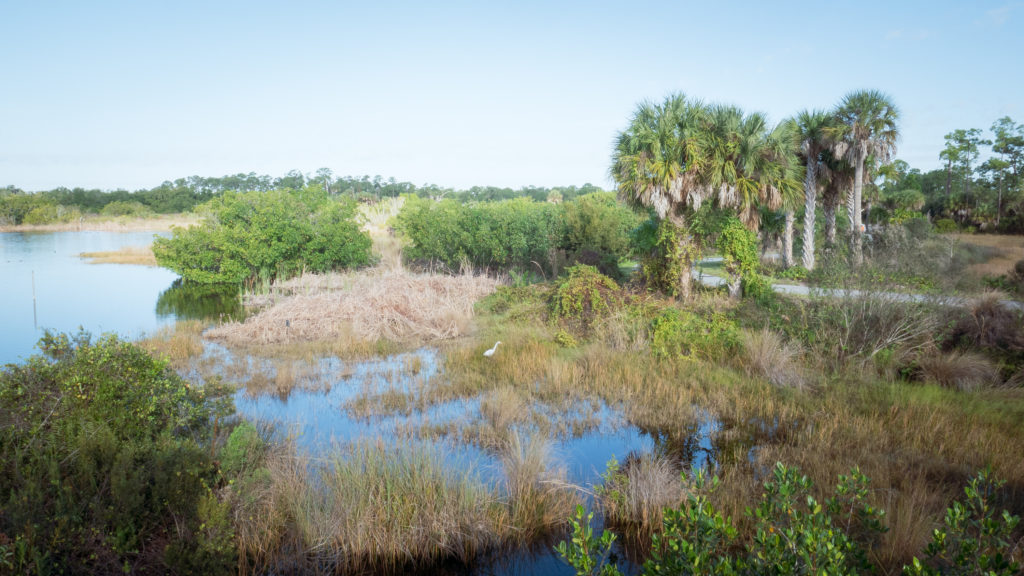 Habitat restoration provides healthy homes for birds and other wildlife.

Our records show that in 2008, before the Garden’s opening, fewer than 15 bird species were spotted here. The property at that time was a neglected piece of land, choked with invasive plants such as melaleuca. The first step in creating the Garden was clearing and rehabilitating the land.

“It’s really significant,” says Britt Patterson-Weber, the Director of Education and Visitor Experience and a birding enthusiast. “It shows what the restoration of habitat can do, and not only that, but how the diversity of plants in the display gardens encourages birds.”

Ed agrees that the restoration and ongoing maintenance of the Collier Enterprises South Wetland Preserve has encouraged a greater diversity of species.

“That’s clear to me because of the variety of habitat we have now. We had a monoculture back there (in the past), and monocultures are not good for birds,” he says.

We’d have to do some serious scientific analysis of Audubon records or Cornell University’s extensive eBird database before making any definitive statements or trend predictions about the state of birds locally.

Nevertheless, it does feel good to stick a positive headline on this post following the bleak report in the September issue of Science, which showed a decline of nearly three billion North American birds since 1970. David Yarnold, president and CEO of the National Audubon Society called it a “full-blown crisis” that “requires political leadership as well as mass individual action.” Among Audubon’s top recommendations: Fully implement the Comprehensive Everglades Restoration Plan to protect the habitat of the region’s 300 native bird species.

We know the difference restoration can make. And we think that public awareness of the delicate interplay between land, water, wildlife, and people is critical, too. To encourage more participation in birding, we’re now running two guided sessions, at 8.am. Sundays and Tuesdays. Anyone with paid admission (Members are free) can join. No experience is needed. Other environmental learning opportunities include daily tours and programs, including W.O.N.D.E.R. (themed “Feathered Friends” this month!) and Dig Deeper. See our calendar for details.

If that doesn’t entice you enough, read on for Ed Kemnitzer’s firsthand account of the Christmas Bird Count! 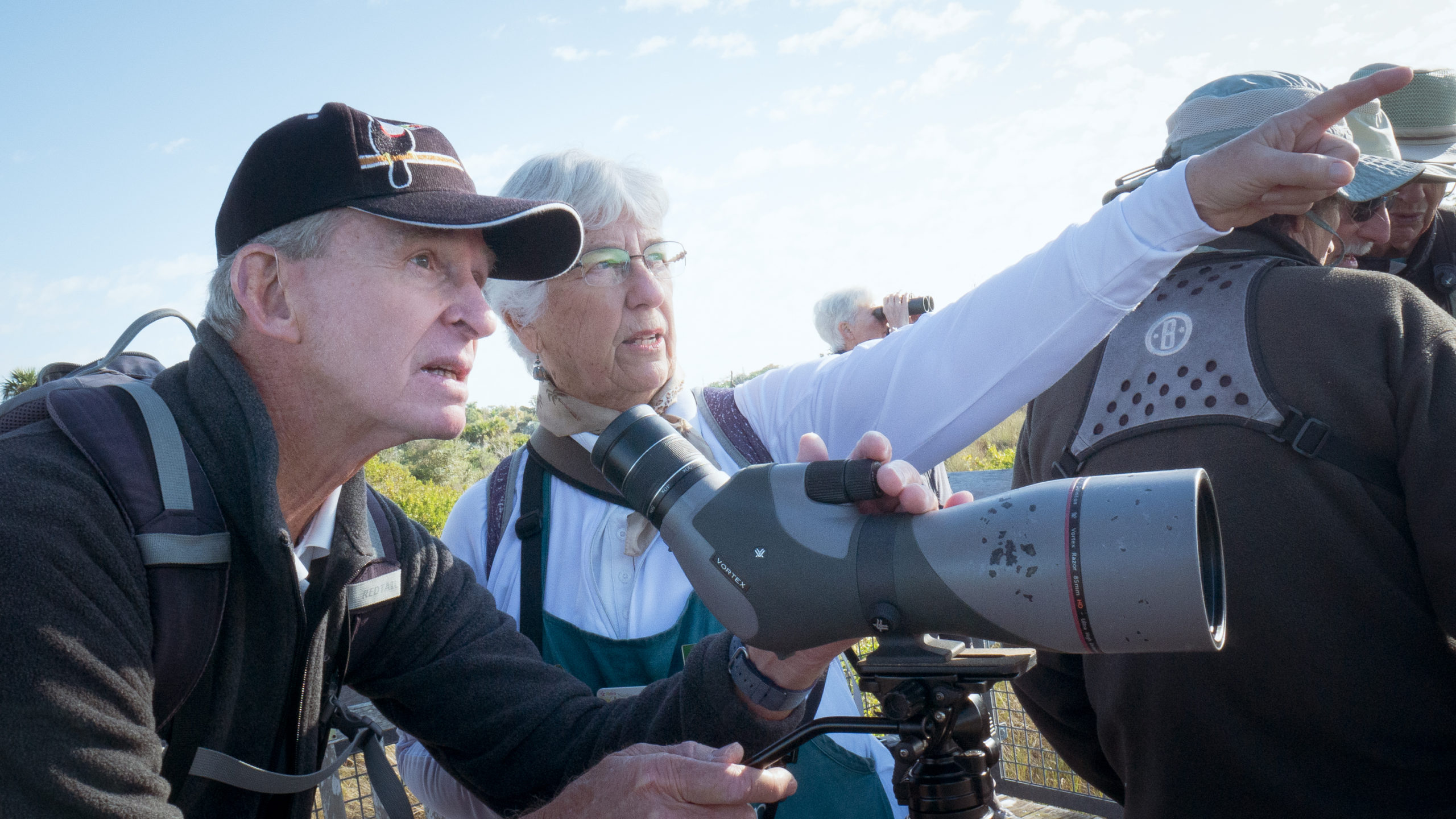 
I’m standing with Judy Ferris well before dawn silently groaning as a truck rumbles by. Background noise is the bane of birders; we’re hoping to hear the plaintive wail of an Eastern Screech-Owl or the “Who cooks for you?” hooting of a Barred Owl. Judy has excellent hearing, and if we can just hear an owl, we can include it on the count. We’ve started our morning in the Garden parking lot. She smiles when I mention the Black-crowned Night-Heron in the swale along the property’s north side. It’s a first-timer for our Christmas Bird Count and creates excitement as we aspire to top last year’s count of 60 species. The background noises continue with recycling bins rolling out, and soon crepuscular light cools our ambitions. Maybe next year we’ll get our first owl.

Our team of 14 assembles at the entrance, and we take a three-pronged approach to finding every bird in or flying over the Garden. The Count is a long-standing tradition, and there is a certain amount of competition involved among the groups that count at pre-determined geographic circles; we’d love to find the unique birds that are the sole representatives of their species for our count circle. Last year, we had the area’s only American Bittern, and we’re hopeful we’ll add it to the list once more. But, more than fun competition, the count also provides valuable data for Audubon researchers who want to understand the state of birds. The count is the nation’s largest citizen science endeavor and following the survey dates (December 15 – January 5), volunteer coordinators will log their finds into a database. To the best of our senses, we will count every bird seen. Two years ago, we had 380 Common Grackles to report; don’t ask why it wasn’t 379 or 381!

Our three groups meet at the birding tower four hours later, and we compare notes. I’m surprised to discover that we’ve managed to exactly match last year’s number of 60 species, and the American Bittern that has been on the property for a month is nowhere to be found. It was an extremely windy day, and the best of our team, Arthur, Judy and Dan, are surprised that we did so well. Hooray!

But it’s still early and we have all day, so Arthur and I decide to walk the north fringe of the Garden one more time. We can only count a species that hasn’t been seen before to avoid redundancy. In a stroke of luck, we now find our first Snowy Egret of the day in the same swale as the earlier Black-crowned Night-Heron. We also know that a Ruby-crowned Kinglet had been seen in the oaks along the berm in the two weeks prior to the count. This is another “good bird,” and we return to the spot where it was last seen. No guarantees, but birds can be quite loyal to locales if not disturbed and if food is abundant. This is a long shot as it’s early afternoon, but our friend still makes a bold appearance right where it was last seen. Did it know and want to be included in our count?

So, our final tally is 62 species, and the whole team congratulates themselves for a job well done. Now we’ll just have to wait to see if some of our other sightings are also single representatives. The Ruby-crowned Kinglet, the Orange-crowned Warbler, the Short-tailed Hawk, and the Baltimore Oriole may be likely candidates.

Regardless, we’re glad to contribute to this important research — and enjoy a morning in the Garden at the same time!

Ed Kemnitzer is a Garden volunteer who leads birding excursions on Tuesdays.