Growing peppers and producing more than you can use at once? Dry and store them for future use! You can leave your peppers on the plant and they’ll dry right there on the stem. But if your plants are outside and getting wet, it’s best to harvest them and dry them indoors using the methods outlined below. You can dry any type of pepper, but drying works best for hot peppers such as cayenne, red jalapeños, and Thai chili peppers, especially if they’re thin-skinned. 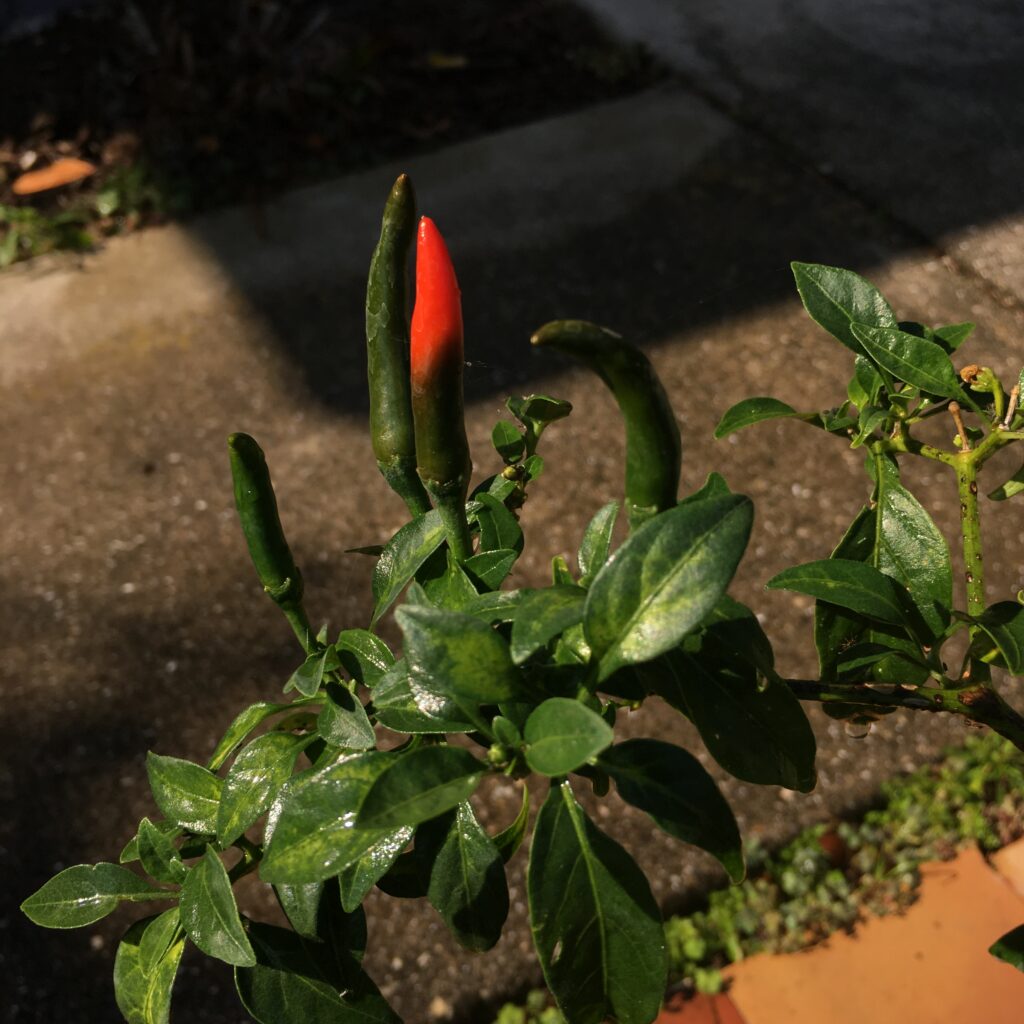 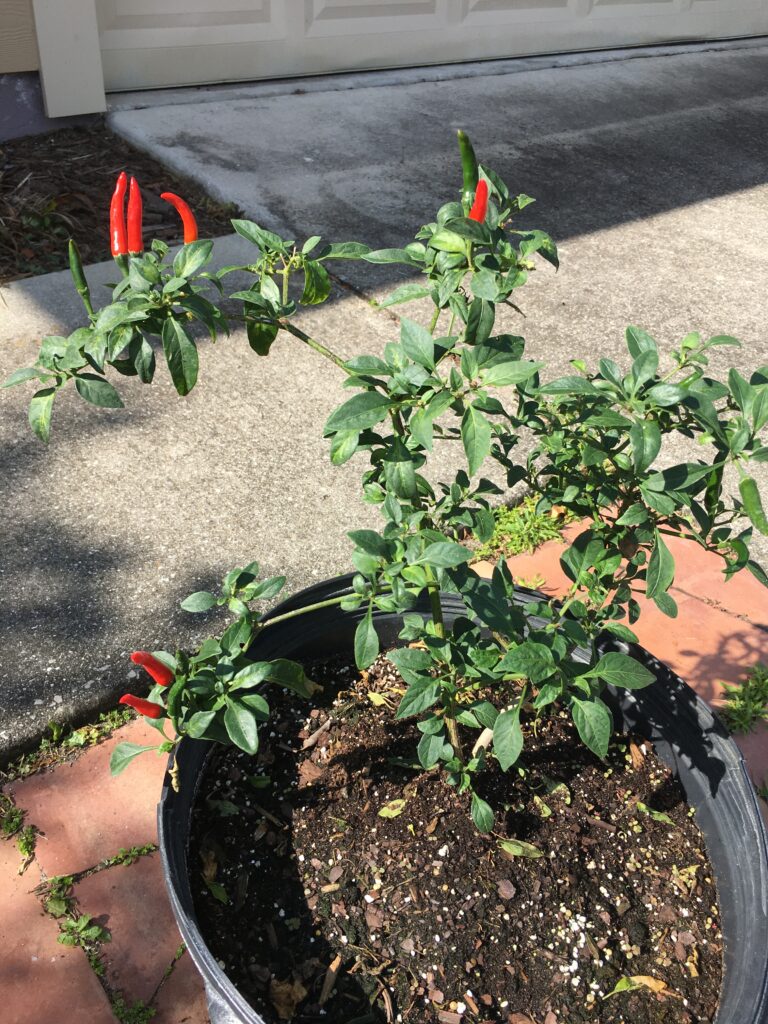 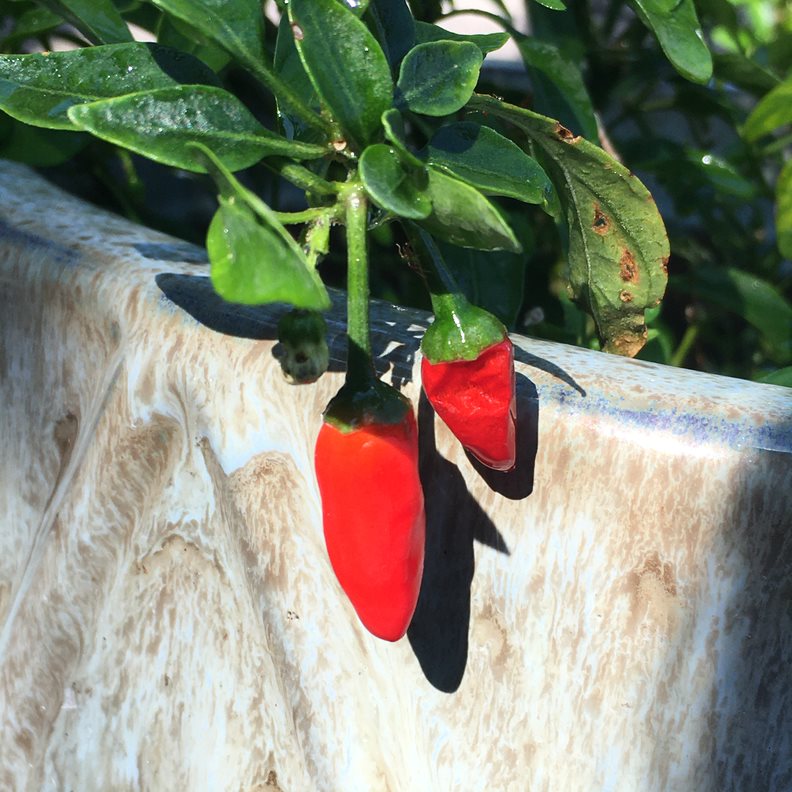 Apache Peppers drying on the plant

1. You can dry peppers in arid climates just by leaving them on a plate or baking sheet. Monitor them to be sure they aren’t spoiling, which is more of a concern with thicker-skinned peppers. For those peppers, it’s helpful to slice them in half and rotate. If you want to dry them faster or have a larger pepper, you can also cut the top off to expose the interior to the air. It is best to keep the peppers in a sunny location. If you do not cut the stems off, you can also hang the peppers to dry, which makes placing them in a sunny window easier. Just thread a needle, tie a knot at the other end of the thread, and then push the needle through the stem of the pepper, making a knot in between each pepper. 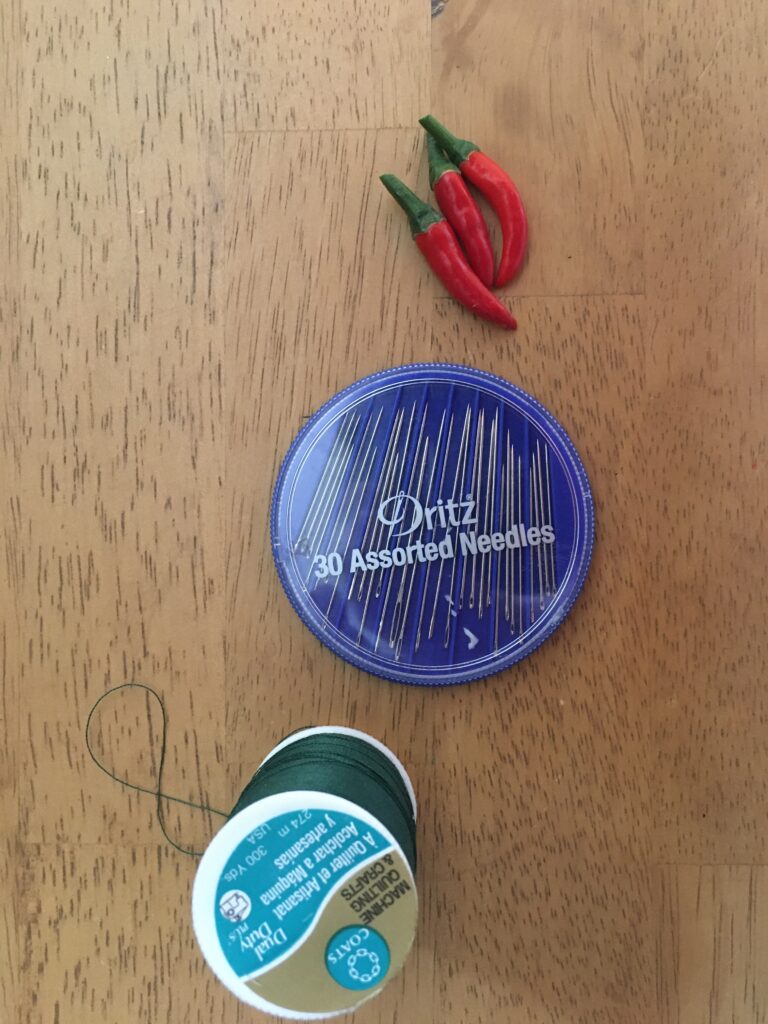 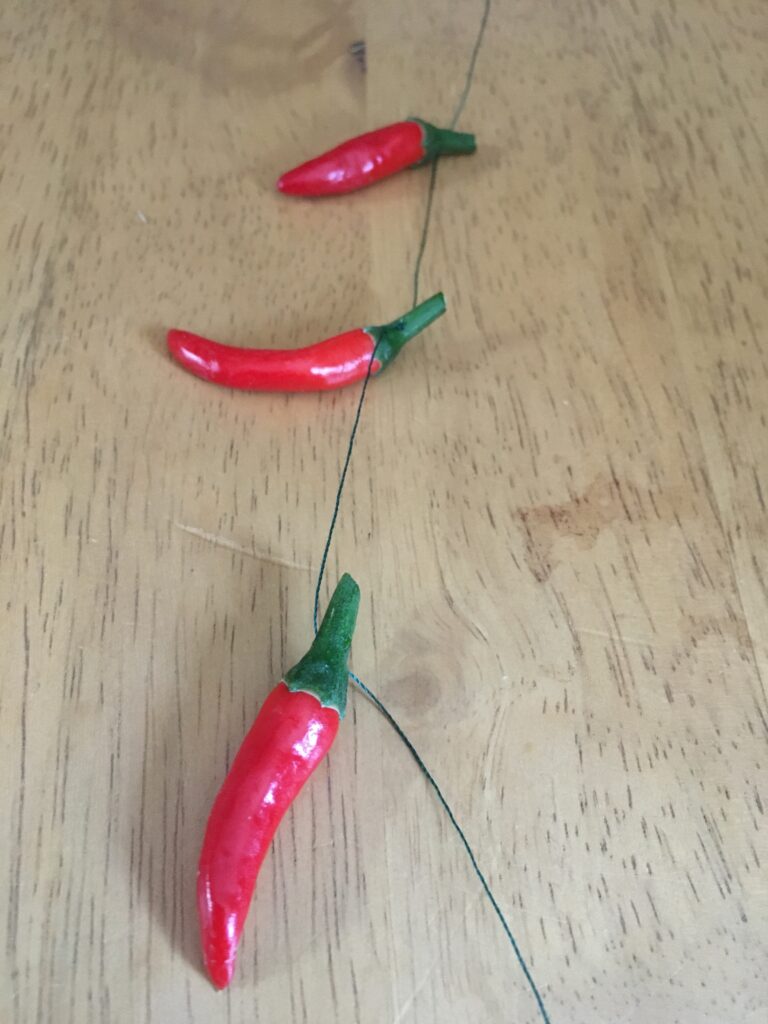 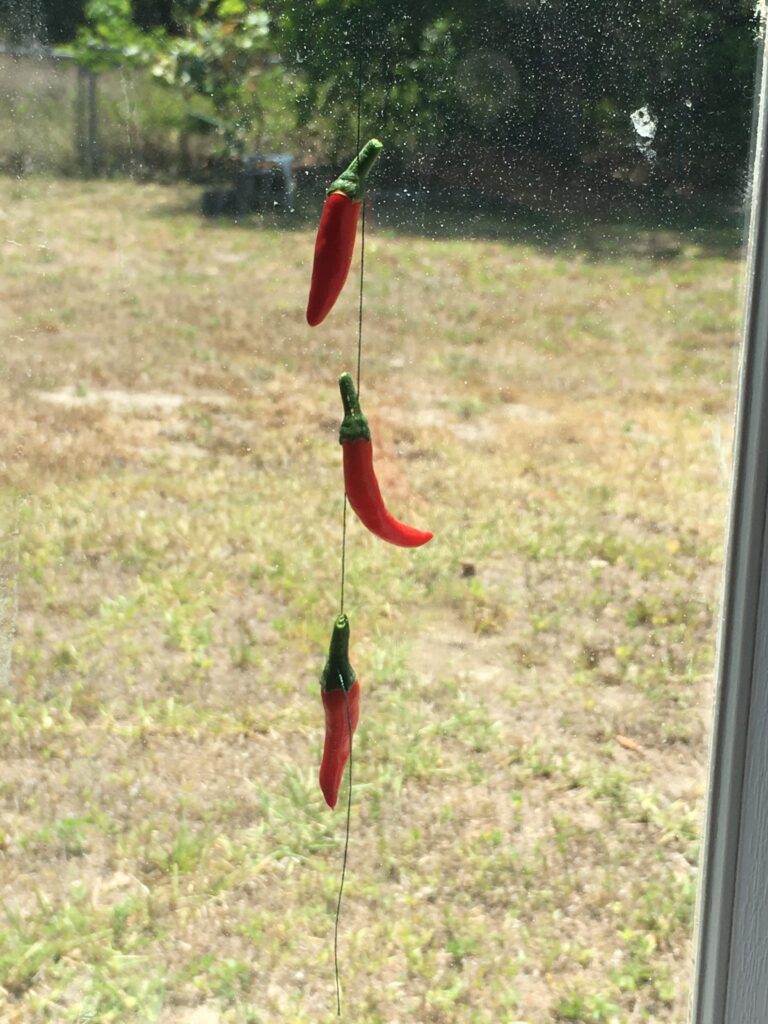 After 3-4 weeks, the peppers should be dried.

2. Another way to dry peppers indoors is using your oven. This method is faster than air drying but can still take a few hours, plus you’ll have to watch the peppers, rotating them every so often. Start by setting the oven to its lowest setting, between 100° – 135° F, but no higher than 150° F. Place the peppers on a baking sheet. Small peppers can be dried whole; larger peppers can be cut into uniform pieces to dry quicker. To help with air flow, keep the oven door cracked open, if possible. When the peppers are brittle, they’re completely dry and can be removed. Some may dry faster than others, so when checking and rotating, remove any that have already finished. A few notes: to dry peppers faster, you can cut the stem off. Do be careful that you don’t cook or burn the peppers. 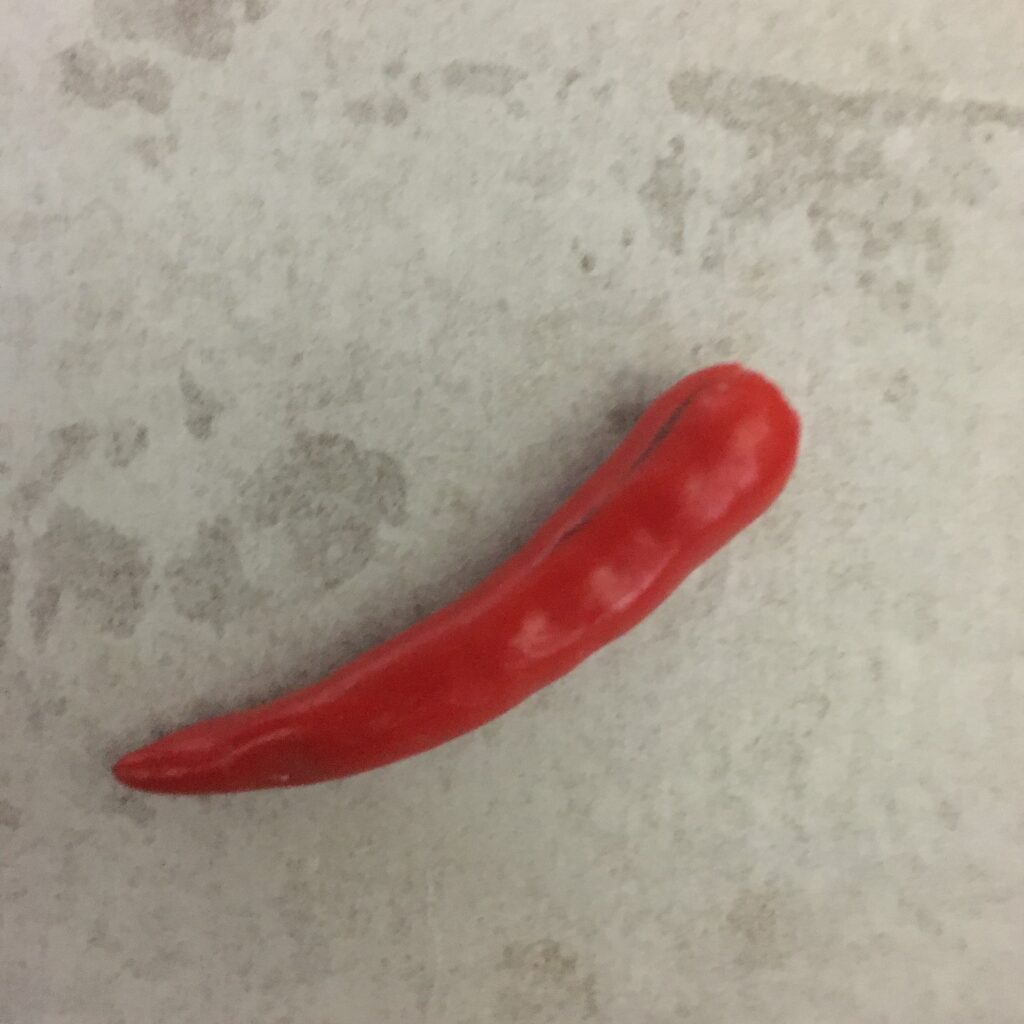 3. The easiest way to dry peppers is to use a dehydrator. You can place small peppers whole on the drying screens. If it has a temperature setting, set it to between 125° F and 135° F. Four to twelve hours later, they should be dried, depending on the size of the pepper. 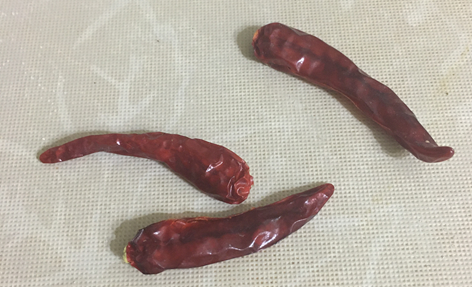 Once your peppers are dry, store them in jars away from direct light to help them keep their color.