Invasive Pest Forces a Tough Decision About Fate of a Tree

If you know the Garden well, you may notice something missing in the Naples Garden Club Idea Garden. On Tuesday morning, we removed the 25-foot lychee tree that had dominated a corner of the space.

Trust us: It was the last thing we wanted to do. 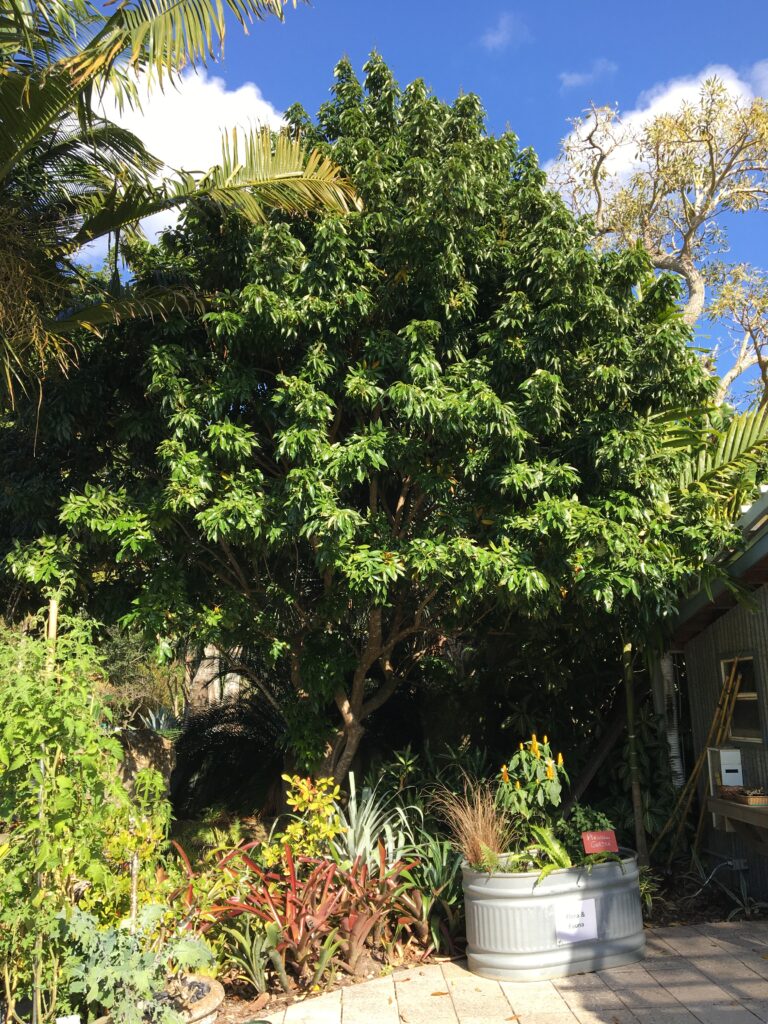 But an invasive pest, the lychee erinose mite, is infiltrating lychee trees throughout Florida. The insect, native to Asia, was spotted three years ago in Lee County and subsequently detected in 12 other counties, including Collier. Cameron Cole, our Plant Health Manager, had been watching out for it and confirmed the mite’s presence earlier this month. After researching the mites and consulting with other growers and agricultural experts, Cameron recommended removing the lychee. The mite, he says, “is a very serious pest that we need to tackle immediately before (it) becomes fully established.” He suspects it has afflicted the Garden’s other lychees, though to lesser degrees. Removing the Idea Garden tree will hopefully limit the spread into the rest of our collection (we have 10 additional mature trees) and to others in the community. 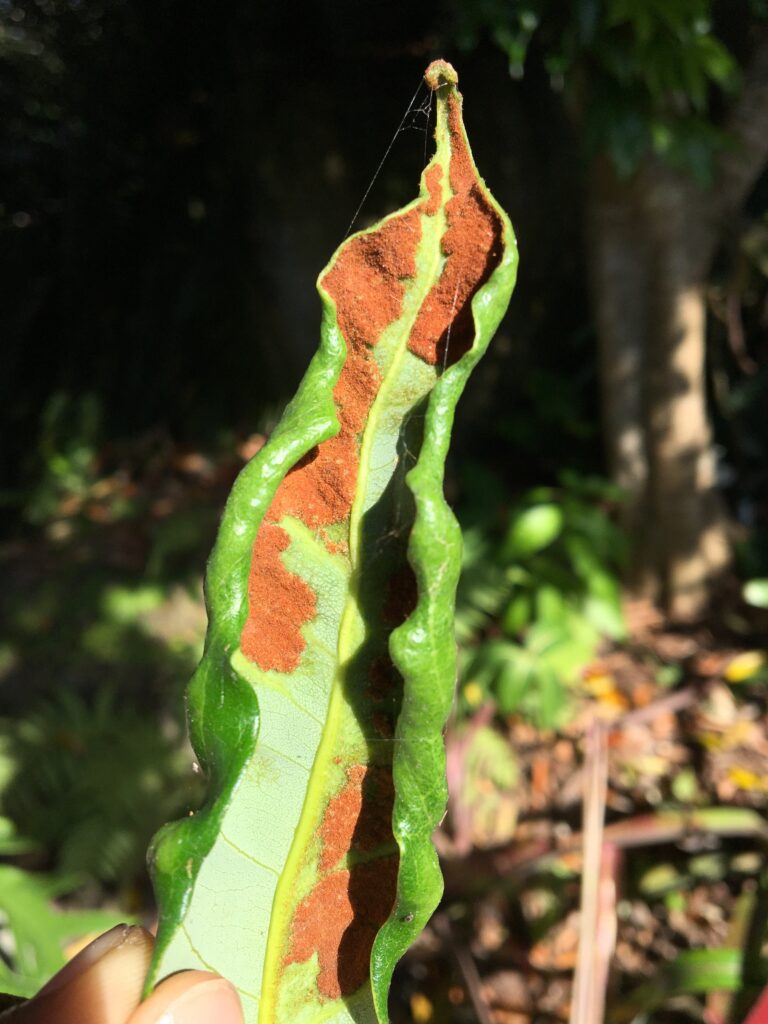 Like other invasive insects, this little mite packs a terrible wallop. An infestation causes small, pimple-like bumps on the leaves. As the mite population grows, a reddish-brown hairy mass develops on the leaves’ undersides with the potential of spreading to other parts of the plant. The leaves may become distorted or curled, reducing the tree’s photosynthetic ability and debilitating it. Crop yields decrease by up to 80%. 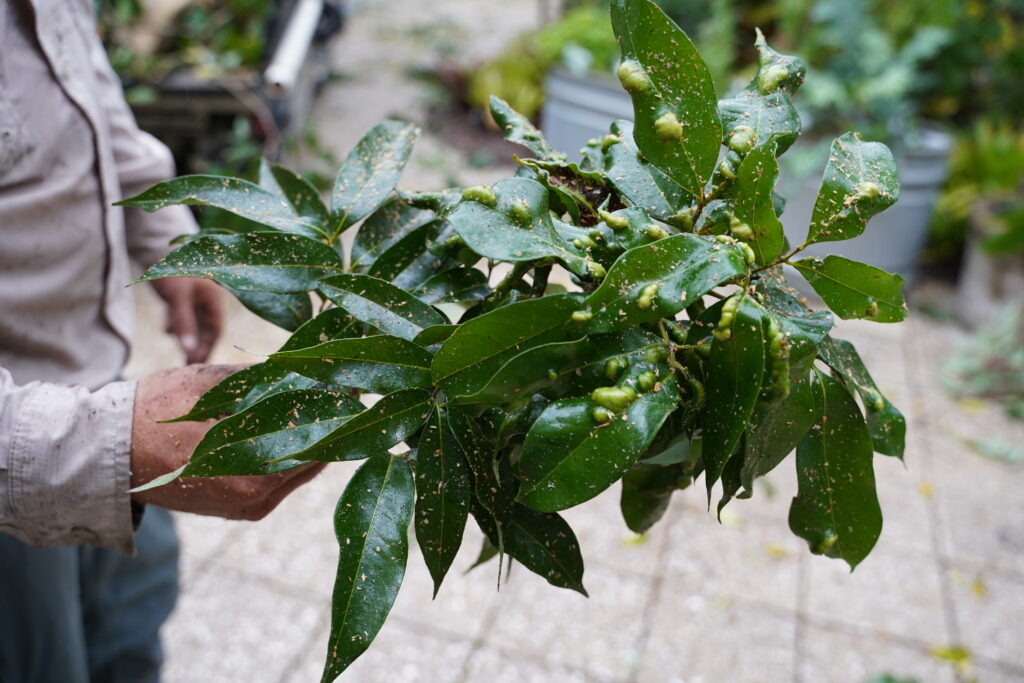 The mites are invisible to the naked eye (Cameron says you can barely see them with a hand lens until symptoms develop), and they like to hitch rides on bees, butterflies, wind currents, people, or other conduits. They do not appear to infect other tree species, aside from the lychees’ close cousin, the longan tree.

Treating a tree can be rather brutal. The University of Florida’s Institute of Food and Agricultural Sciences recommends a drastic pruning, essentially removing all branches and foliage, followed by pesticide applications as new growth occurs (the mites favor fresh leaves). The Horticulture Team decided against that procedure for the already withering Idea Garden lychee.

“Chemicals, for us, are really the last resort,” explains Vice President of Horticulture Brian Galligan.

Cameron will attempt to treat some of the lesser-afflicted trees with sulfur to keep the mites at bay. He’ll target varieties that appear to have resistance to the mites. That doesn’t mean they aren’t susceptible; they are just less likely to react as severely as the tree in the Idea Garden, a Litchi chinesnsis ‘Haak Yip.’

The lychee erinose mite has appeared in Florida twice before, in the 1950s and 1990s. In both cases, the mites were either eradicated or failed to establish — a reason to feel a little optimistic about the chances of beating back this pest compared to other crop-destroying insects like the Asian citrus psyllid. 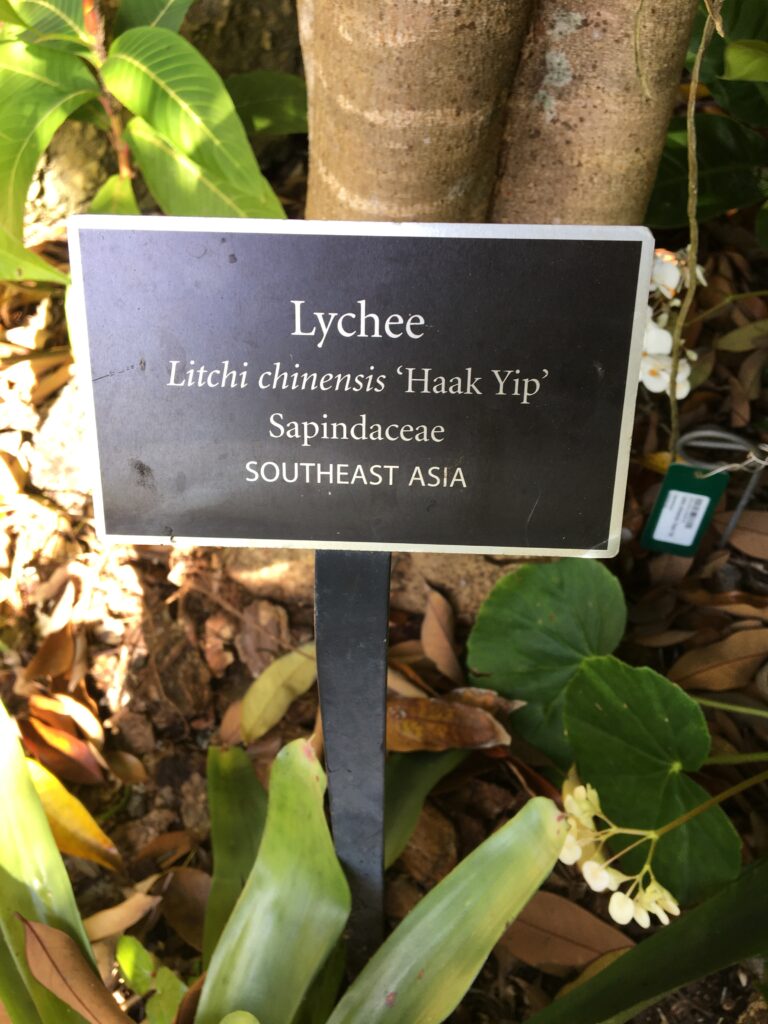 Florida is the only state in the continental United States to grow lychee (they are also produced in Hawaii, Australia, and parts of Asia). A mature tree can produce 200 to 300 pounds in a year, though they do not fruit annually.

In the Idea Garden, a second lychee, another mature, eye-catching specimen, remains. It is a different variety and one that appears to have better resistance against the mite. Brian, looking for the positive, says the fate of these two lychees provides a good opportunity to educate the public about invasive pests, natural selection, and breeding to produce traits like disease resistance. The loss of the “Haak Yip” also will help his team determine which cultivars to grow in the future. Over time, we will replace susceptible lychee varieties with those that show greater resistance.

“We’re trying to focus on cultivars with all the best traits, and we want to feature the best of the best,” Brian says.

Jennifer Reed is the Garden’s Director of Public Affairs and a longtime Southwest Florida journalist.