Music in the Garden

Area musicians grace the outdoor stage overlooking the Water Garden the second Saturday of each month in November through June.

Sit back, and relax in your favorite tropical setting, and enjoy the musical stylings of our local talent! Bring your own chair or blanket, as Music in the Garden returns outdoors in front of the Water Garden Stage.

March 11 – The Freecoasters
Known for creating a fresh and original sound by infusing the best of American southern soul with infectious reggae and rocksteady rhythms.

April 8 – Kraig Kenning
Kraig Kenning is a singer/songwriter and national slide guitar champion. Call him contemporary folk, acoustic blues, roots rock or American fingerstyle, the fact is, Kraig has managed to merge a bit of all the above. Kraig has played up to 200 dates a year touring the US for the last three decades, including opening for Mick Taylor of the Rolling Stones and Sonny Landreth and sharing lineups with John Gorka and Patti Larkin. 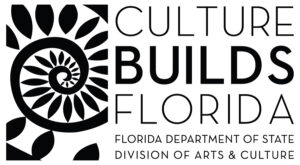