For several years now, experts from Naples Botanical Garden and Marie Selby Botanical Garden in Sarasota have teamed up with the staff at Fakahatchee Strand Preserve State Park to rescue the giant air plant (Tillandsia utriculata) from the Mexican bromeliad weevil, an invasive pest that has been wreaking havoc on Florida bromeliads since it was spotted in Broward County in 1989. Within a decade, these “evil weevils” had destroyed so many air plants that the state placed the Tillandsia on its endangered species list. 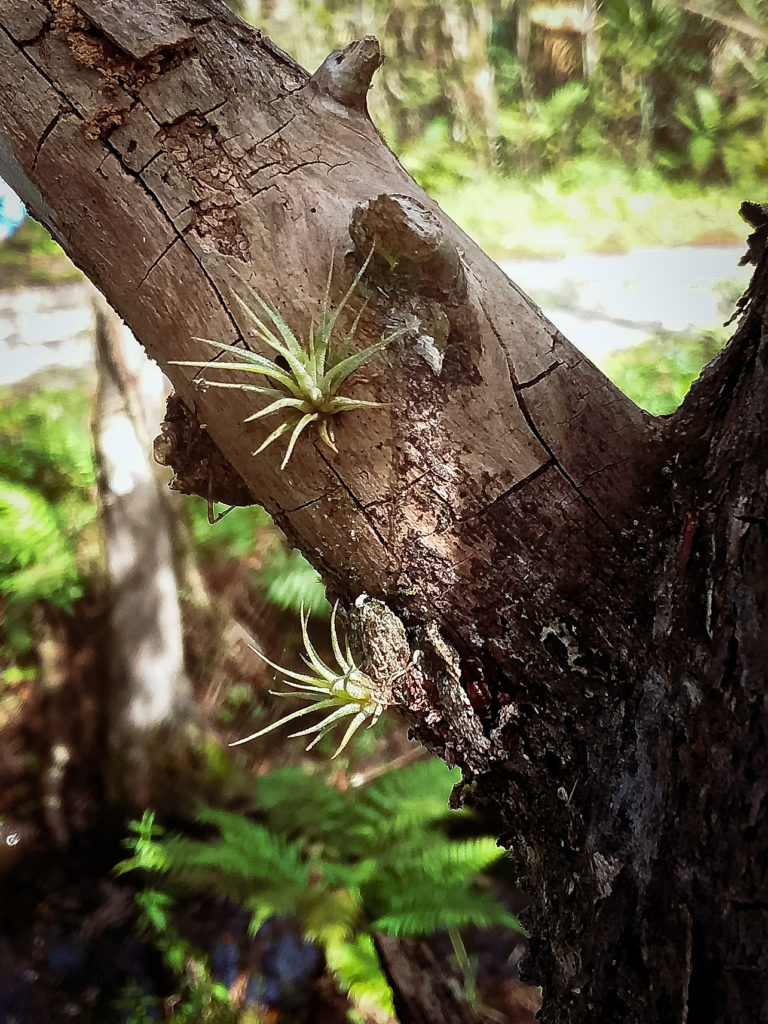 Enter the botanical gardens. In a project initiated by Fakahatchee Park Biologist Mike Owen, Marie Selby Vice President for Botany Bruce Holst, and our own Vice President of Conservation Chad Washburn, the giant air plants are removed from Fakahatchee and sent to the two gardens for safe keeping until they reach reproductive maturity. Garden representatives then return the plants to Fakahatchee where they naturally release their seeds. Last week, Karen Relish, John Suleski, and Jessica DeYoung joined Selby staff and Owen and returned three plants with seed spikes to their habitat.

Despite the effects of Hurricane Irma on past year’s seedlings, more than 100 giant air plant seedlings were recorded. Have the ongoing efforts lead to fruition? We can’t say quite yet. Success will be measured in the number of seedlings that grow to maturity and produce a successional generation of plants. 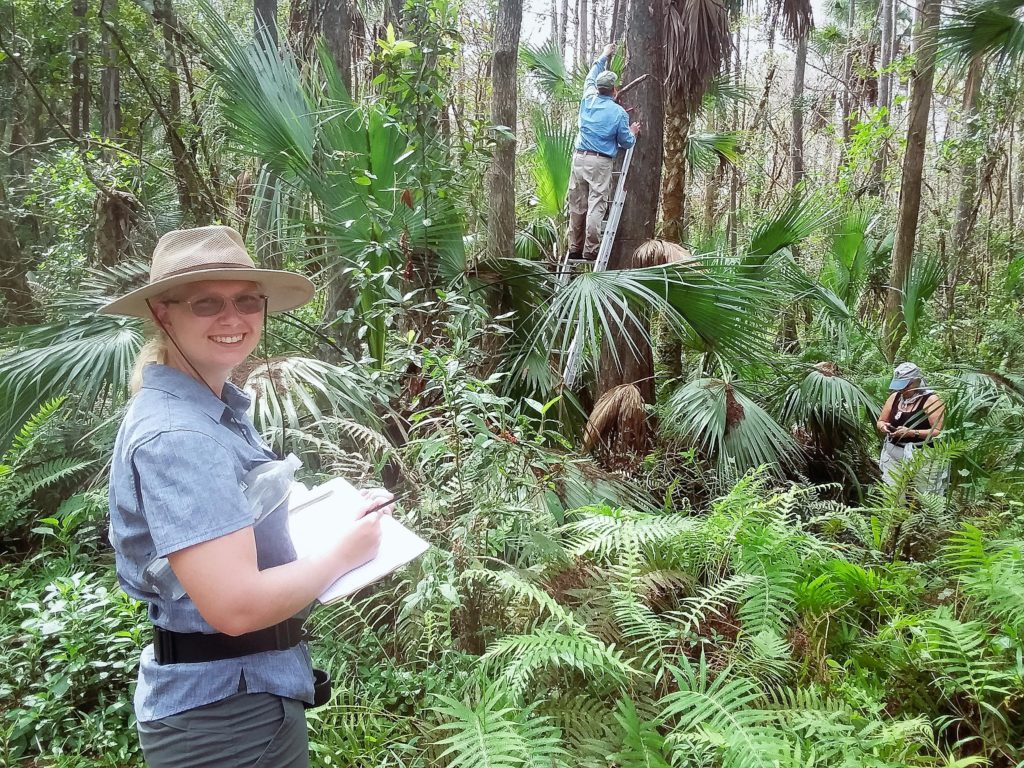 Naples Botanical Garden also assisted Marie Selby on another bromeliad monitoring excursion in the swamp with the state endangered Guzmania monostachia (West Indian tufted airplant) to determine population health trends in the wild. Between the insights offered by Mike Owen on Fakahatchee’s unique ecology and the successes of the conservation projects, the Garden team had a valuable day!