Is my cactus really a cactus?

Most people are familiar with the term Cactus, but there is another family of plants known as Euphorbia. Often known as “spurge,” Euphorbia are frequently confused for Cactus. That’s not your fault! Many nurseries sell Euphorbia as Cactus, and their common names are utterly misleading. Take the pencil cactus, for example. That plant, in fact, is Euphorbia tirucalli. Another misnomer is the baseball cactus, Euphorbia obesa. The plants themselves don’t make it easy, either. Visually, they can be deceiving, as members of both families include plants with spines, branching arms and other similar characteristics. 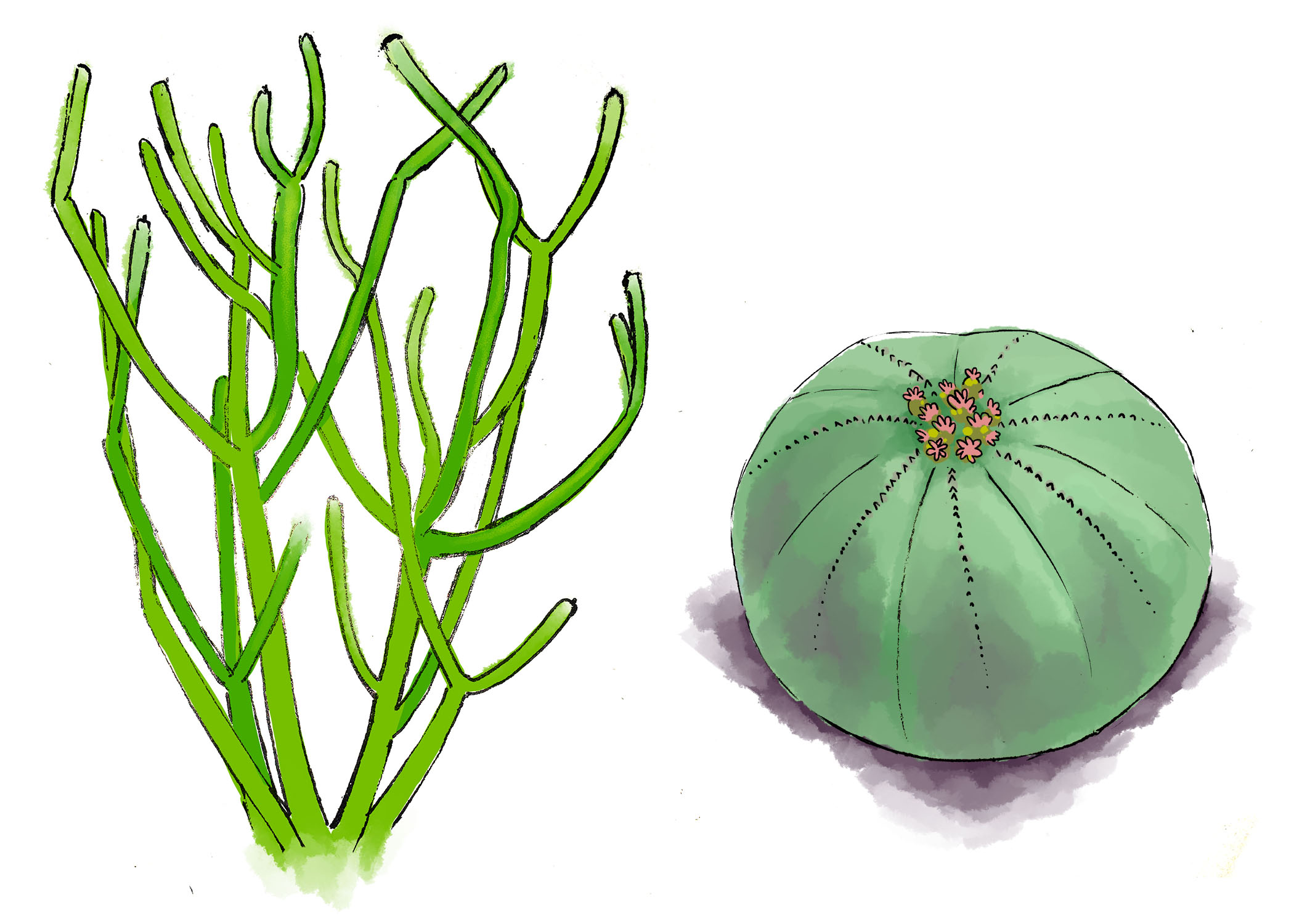 You probably assume they are closely related to each other. Not so. They are very distantly related and only look similar because of “convergent evolution,” the process whereby organisms not closely related (not monophyletic), independently evolve similar traits as a result of having to adapt to similar environments or ecological niches. There are many parts of the world that have long droughts, and the plants have evolved similar strategies to store water for long periods of time.

Further complicating things is the matter of succulents. Succulents are plants that store water in leaves, stems or both. All Cactus are succulents, but not all succulents are Cactus. Euphorbia, however, fall into the succulent category, along with plants such as agave, aloe, sedum, and hoya.

So how do we know if we have a Euphorbia or a Cactus? First, Cactus are native to the Americas only. You won’t find Cactus in Africa, India, Europe or Asia … except for a single species of Rhipsalis, (mistletoe cactus), which is found in parts of Central America, the Caribbean and northern regions of South America, Africa, and Asia. Most Euphorbia that resemble Cactus come from Africa and India.

Cactus usually have a clear, watery sap, and Euphorbia have a milky sticky sap (latex) that is often toxic. Cactus spines, which are modified leaves, occur in clusters of more than two on an areole. Euphorbia spines are modified stems that occur in pairs and have no areoles.

Now when someone says, “Look at the Cactus I bought!” You can take a closer look and perhaps respond … “No, that’s a Euphorbia.” 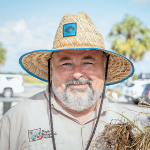 Mike Brewer is Horticulture Business Manager and a member of the Naples Garden Club. Like all of us … he loves plants! 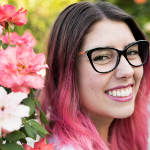 Kristen Camisa is Graphic Design Coordinator for Naples Botanical Garden, a role she has maintained since 2018, shortly after graduating from Ringling College of Art and Design with a B.F.A in Illustration. In her freelance career, Kristen has illustrated three children’s books, and has created graphic identities for various organizations and small businesses.