The Garden’s first citizen science endeavor, Project StayPlanted on iNaturalist, has officially ended! People in 10 states and two countries submitted over 3,000 observations of 1,130 species of plants, lichen, and fungi. We know we learned a lot from this project, and from what the project members have told us, they did, too. For one, I learned a common name of Stylosanthes hamata is cheesytoes. That bit of information may seem silly (because it is), but early in the Project, we said the first step in making a connection with a plant is learning its name. Certainly, some names are more memorable than others, but now that S. hamata, a native Florida groundcover with tiny yellow flowers, has a name in my mind, it is no longer a plant that I literally walk right over. Instead, now I look for it so I can check to see if it’s still blooming. I‘ve made a connection with it and all the other plants this project has helped me name.

Other project participants have noted the same thing: Once they see and identify a plant near them, they can’t “unsee” it. One participant said that her morning walks have taken on new meaning as she searches out plants to add to her observation list. When looking at my own data, I was floored to see that I found nearly 70 wild plant species growing on my suburban corner—and I wasn’t even looking that hard. Another participant said she even pulled her car to the side of the road to identify a tree she passed. She said the instant gratification of being able to identify a plant with iNaturalist was addictive. Also addictive? Checking your status on the Project Stay Planted leaderboard; one early leader told us that she found herself checking in on iNaturalist more than she looked at Facebook.

Helping people discover nature near them was our primary goal with launching this project. Sure, discovering a plant new to science would have been cool, but these thousands of observations did ultimately contribute to scientific understanding. We never know when a scientist might draw on one of our data points in their research. For this reason, citizen scientists are invaluable to professional scientists, who can’t be everywhere all the time counting all the living things.

What’s next? This bioblitz is over for now, but we don’t want people to stop using iNaturalist. In fact, over the summer, we’ll share some more ways people can stay involved in the iNaturalist community along with new learning tools within the app. Remember, we cannot protect what we do not understand. From discovering weird plant families using taxonomic fields in iNaturalist to exploring pollinators in your background to identifying frog calls after summer rains, there are endless ways to for you to keep observing and sharing scientific data with the community. 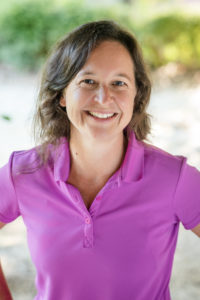 Britt Patterson-Weber is the Director of Education & Visitor Experience at Naples Botanical Garden. Her love of all that is botanical is genetic as she comes from a long line of plant collectors. Currently, her favorite plants are hoyas; however, her plant affections have been known to be fickle.